Getting Started With Hyper-Casual Game Development

What do we do when we want to take our minds off something? We might check our social media feed, watch a reality TV program, or just play a game. Hyper-casual games are perfect for this purpose, helping kill time while keeping you entertained. The customary qualities of hyper-casual games are simplicity, small size, and speed. To elaborate, this means that the games take little effort to play (usually only tapping is needed) and can be both downloaded and launched very quickly.

What are hyper-casual games anyway?

“Hyper-casual” is a category on a scale of games based on their types of players. For example, hardcore games are intended for hardcore gamers, though there is some overlap with adjacent categories. Hardcore titles tend to be massive projects with vast content, diverse gameplay, and expansive competitive/multiplayer options.

They are meant for people who are serious about gaming and ready to invest their time and money into getting “the full experience”. In contrast, mid-core titles are a bit smaller in scale and can be enjoyed by both hobbyists and competitive players. Casual games are even smaller in scale and the time they take up, while hyper-casuals are the extreme on this side of the scale.

While hyper-casual games may not be the first choice of all gamers, they have universal appeal and accessibility that makes them a great investment for a gaming business. Let’s take a look at why this is the case and what it takes to make such a title. 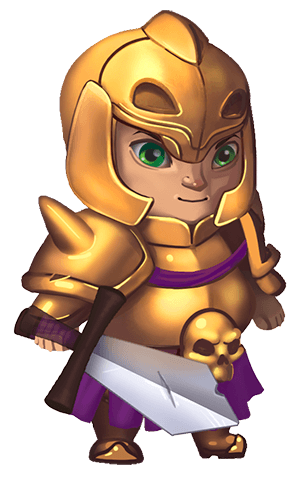 Anyone thinking of making an HCG will need to create a formula to address the players’ wants and needs if they want their project to succeed. As a rule, a winning formula puts less emphasis on plot (which is recommended but hardly essential), and much more emphasis on the mechanics and gameplay. We can illustrate some of the key characteristics that go into the mix by using the Knight – Stack Jump game developed by Program-Ace as an example.

Nobody likes loading screens, but they are an unavoidable element of most games. In this aspect, HCGs have a leg up over all of the other categories. When you launch such an app, you can expect the loading process to take several seconds instead of minutes, and can get into gameplay as soon as you see the menu and tap a button.

The same principle applies when your playthrough ends: it takes just a few seconds to start all over again. For instance, in Knight Stack Jump (KSJ), you tap the app icon on your smartphone, see the menu appear within seconds, and tap the large green “play” button to start the action. Two taps and five seconds in total – instant action, as it should be for all titles in this category.

HCGs rarely feature tutorials and demo levels for the player to learn how everything works. Instead, they make a point of making the gameplay intuitive and easy to understand from the very first try. Oftentimes, success in a playthrough is determined by the speed of the user’s reaction and their attentiveness to detail.

In KSJ, the mechanics are pretty straightforward: you control a knight that must jump up on stacks moving towards him. You tap to jump, and the timing must be right to land on new stacks just as they reach the spot where the knight was just standing and not before or after. Bonus items and hazards are also present, grabbing which can boost progress or end a run.

It takes a lot of concentration and time to achieve a good result in HCGs, so the traditional approach is to accompany the result with some kind of reward. Naturally, the experience of playing can be rewarding in its own right, as can reaching a new high score, but users often want to feel like they’ve earned something beyond a boost to their ego.

Thus, the level of engagement and interest in your app can be improved with additional points or rewards granted based on the results of one session or quick action in a session. KSJ utilizes this strategy by giving points and gold coins after each round, as well as boosters that can instantly raise the tower height if the knight reaches them in time. The gold coins can also be earned by watching an advertisement, and later spent on character customization.

Unlike plot, design is one aspect of HCG content that has significant bearing on how users perceive the product. You may not need a complex storyline for an app that only asks users to tap at the right time, but pleasant visuals are necessary to make the process more enjoyable. With imaginative and unique art present in the product, players will get a certain mood from it and feel like they are taking part in a grand adventure instead of doing something simple and pointless.

For example, KSJ puts the user in the shoes of an amusing little knight carrying the hope of rescuing a princess that has been kidnapped. We know little about the world or characters, but the colorful and creative design helps our minds imagine and fill in the gaps as we play.

Why so many businesses choose to create hyper-casual games? 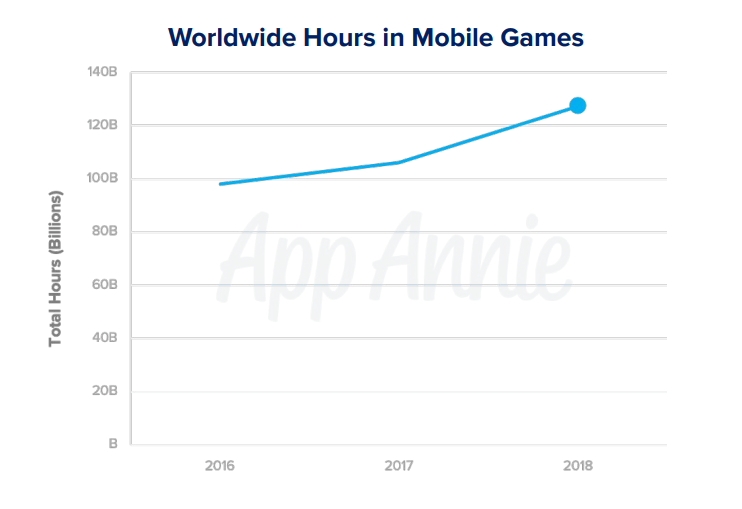 In 2018 alone, an estimated 167 million sessions of HCGs were completed. This correlates to tens of millions of active users, and we can only expect the numbers for 2019 and 2020 to be much bigger. The numbers alone make for a good argument to start developing an HCG, but there are several other important factors we should mention that make such ventures appealing to businesses.

HCGs can be developed in a matter of months or even weeks, making them an investment that is safer than most in the gaming industry. This short development time can be attributed to 2 things – platform and scope. The overwhelming majority of such products are developed for mobile devices on iOS and Android, so there is no need to create the vast amount of content required for typical PC and console titles.

Sometimes, these games are also available on the web (e.g. Facebook Instant Games), but this is also a platform associated with fast development time in contrast to others. As for the scope, HCGs are meant to be lightweight (with small file size) and simple, so artists do not need to spend months on creating hundreds of characters and sequences, and instead stick to a select few.

Large platform games make their profits through sales and DLCs, but HCGs customarily apply a different approach. They are free to play, but sometimes offer perks and upgrades that can be unlocked with payment. The other way they profit is through advertising.

Most play sessions last between 10 seconds and several minutes, and are repeated multiple times before the user gets bored or busy. Advertisements can be easily inserted between sessions, so the developers receive dividends from several sponsors a day. Additionally, users can be offered the option to watch an advertisement voluntarily with the incentive of receiving a gift or item they can use in their next playthrough.

The millions of players engaging in HCGs every day cannot be lumped into a single age range or profile, simply because of the broad appeal of this category. Children might enjoy them for the colorful design and goofy sound effects, while adults use them as a way to kill time on their daily commute to work. There are hundreds of ordinary life scenarios when picking up a hyper-casual game can serve as a good way to pass the time and take the mind off concerns. Thus, anyone developing a product like this does not need to worry about targeting certain demographics, and only has to worry about providing a fun experience.

How to make a hyper-casual game?

While we have mentioned that HCGs are easier to build than most other game types, easy is not the same as effortless. You will still need substantial resources, time, and expertise to get the project done, and twice as much as you think if you want it to be a big hit. Let’s look at the bare necessities:

It will be difficult to develop a game without knowledge of coding. There are certainly various tools and apps that can be used for development with no coding experience, but the product that you get in the end is very formulaic and you have almost no flexibility in customizing it.

Thus, it will be best if your developers have in-depth knowledge and experience in coding for the platforms that the software will run on. For Web, this is Javascript knowledge, for iOS – Swift and Objective-C, and Android – Java and Kotlin. There is also the design aspect of the process, so knowledge of UI/UX, animation, and 2D/3D art design will be essential.

The very least you will need in software is an IDE (integrated development environment) for writing code and a 2D/3D design program for creating your assets. However, it is also recommended to use a game engine (e.g. Unity, Unreal Engine, LibGDX) for your project, as these massive programs come with a great selection of tools for app development. For example, making hyper-casual games in Unity has become incredibly popular among mobile developers in the last decade.

For hardware, you will need computers powerful enough to handle the design, rendering, and testing process, as well as gadgets to test the software on before releasing it to the public. Additionally, if your product has any online components that connect to a custom server, you will also likely need a hosting plan to handle the queries.

Provided that you are not a prodigy with unlimited time and skill in all things related to development, design, testing, and marketing, you will be best served by a whole team working on the project. The composition varies from company to company, but generally includes several developers, a Project Manager, designers and artists, and QA engineers. Each project is different, so the team should be assembled based on your needs and timeframes, and not just some standard formula.

Hiring developers for your hyper-casual game

Are you still wondering how to make hyper-casual games on your own? If so, all you need to get started is a vision for it. Once you have a clear vision in mind, you can start development yourself or hire game developers to do it for you. This is an easy way to overcome a lack of knowledge or suitable experts in your staff. If you choose to hire the services of another company, you should pay attention to the previous work they have done in the field, their reputation, and the talent of their staff.

Game-Ace is a studio with decades of experience in game development, and a sterling reputation to boot. Our latest hyper-casual release (Knight – Stack Jump) holds a perfect rating on the Play Market, and our previous work includes several other notable hits in this field of game design. We are always on the prowl for new and interesting projects, so if you think we might be a good fit for bringing your vision to life, just send us a message and we take the first steps together.