Mobile games are quickly going viral, so the trendiness of such projects allows their developers to expect a vast amount of profit, given that sufficient attention is paid to details. With us, you can build an exciting mobile game that will attract new players to your audience, broadening your influence's scope and increasing return on investment.

What Do You Need for Mobile Game Development?

The starter pack for a mobile game developer encompasses a reliable team of capable developers, artists, managers, and business analysts, as well as a high-end tech stack for them to work with. However, it would be best if you did not do everything using only your in-house resources. The perfect solution, in this case, is to find an experienced mobile game development company whose expertise cannot be questioned and whose practice is proved by a rich portfolio shedding light on its notable projects. Game-Ace can genuinely become your match for the following mobile game project you want to take on, let alone a long-term technology partner that is always here to give a helping hand!

How to Choose a Mobile Game Development Company?

Mobile gaming is gaining momentum, no one would argue. So you are already on the right path. The only two big things left to do is find a reliable partner and develop the game itself. There are numerous different ways to choose mobile game development services that will fit your particular project. From doing research using Google to simply address Game-Ace. Luckily, the second choice may prove more beneficial because we are ready to cooperate with you any time you are comfortable with. Multiple mobile games delivered to satisfied clients speak more about our expertise than all the words in the world. You can become the owner of a quality and attention-grabbing mobile game with a large fan base.

Our mobile game app development company takes advantage of cross-platform mobile game development for you to get the product you deserve, from concept art production to development, testing, and release.

Game-Ace is proficient in designing, programming, and supporting mobile games for both Android and iOS platforms. Using our custom-tailored solutions, you receive a game for the most coveted audiences.

With our mobile game apps development services, your mobile game ideas will receive a new life and be embodied in a high-end product optimized for as many supporting platforms as your project requires.

Despite the style your mobile game needs to feature or a genre whose rules it has to abide by, our UI/UX designers will ensure the best player experience so that your users will have the best time playing the game.

The QA & QC teams at Game-Ace always have one eye for the technical part and another — for the feeling of the gameplay itself. So they evaluate your game's playability, performance, compatibility, and other aspects.

Game-Ace develops cross-platform mobile games that ignite inspiration, draw attention, and engage large audiences, which is possible thanks to the following benefits: 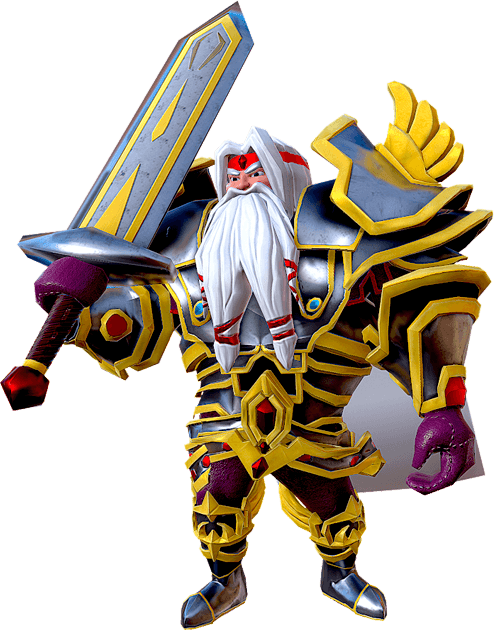 We Expertly Develop Mobile Games
of Any Genre

Our clients trust us

Our mobile game development team starts with planning and assigning tasks to respective specialists responsible for a particular part of your product. Then we elaborate on a roadmap, concocting a plan to always stay on the right path.

Once we discuss all the project requirements, our team is able to avoid hurdles and mistakes, thereby maximizing the output of our work. By laying out criteria, we ensure that each of our specialists always keeps track of the final goal.

From making 2D concept art and sketches to the first drafts of assets for your upcoming mobile game, we pay careful attention to every detail touching upon the visuals, inasmuch as our artists are aware of the importance of graphics.

Our developers write scripts in order to make your mobile game playable and functional, at the same time integrating all the modeled or digitally painted assets into the game engine (depending on the dimensions your product occupies).

For your mobile game to look astonishing and make players happier, it needs to run smoothly, be free of critical bugs, as well as be perfectly optimized. So our QA specialists run alpha and beta testing to ensure that each aspect functions.

Game-Ace can help you release your mobile game on any platform, be it Google Play or the App Store. With our mobile game development services, you will end up with a top-notch product that will win your audience’s attention.

Our mobile game development company is an experienced service provider whose capabilities can help you achieve the highest goals. You can take advantage of our expertise and channel it to receive a mobile game that will engage your target audience. 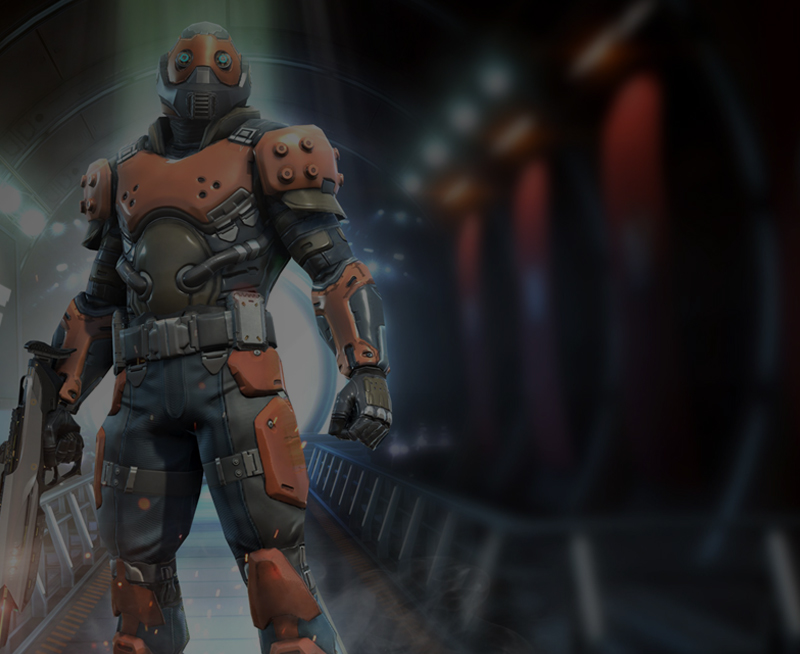 The Game-Ace team has sharpened its skills in mobile game development in Unity with multiple projects deployed and released for the public eye. Our professionals know this game engine inside out, having developed dozens of mobile games using the provided technology, various software development kits (SDKs), and plugins that significantly simplify the workflow. Familiar with all Unity’s features, our developers deliver the result you expect. 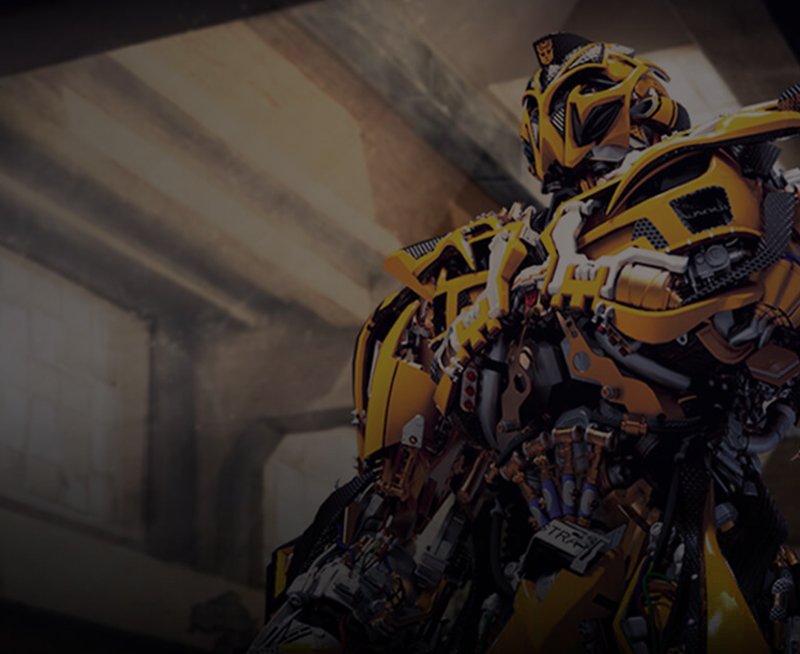 Game-Ace has been doing what it can best for 17 years, and a considerable proportion of that time was dedicated to developing video games with the help of Unreal Engine. Our team utilizes this game engine’s potential to the fullest and is aware of the most secret buttons hidden beneath its hood. The time-proven experience and accumulated expertise allow us to deliver top-notch mobile games using all Unreal Engine’s concealed powers.

Don’t Mess With Texas — A Mobile Game by Game-Ace

What are the reasons to outsource mobile game development?

Developing a mobile game in-house may indeed be a good idea, given plenty of time, budget, and human resources. So why outsource mobile game development at all? Well, there are multiple reasons you may want to share the responsibility of working on your product with a third-party professional that has already delivered many video games to satisfied clients. Here are at least a few of them:

Should you choose Unity or Unreal Engine for mobile game development?

Today the game development industry is led by two major game engines — Unity and Unreal. What framework is best for mobile game development? Let’s identify the benefits of each and reveal the tech stack you should opt for during your project execution. Even if you are more into choosing a reliable outsourcing company than developing everything on your own, this information will help you know what platform better fits your future mobile game.

To start with, Unreal Engine may prove an excellent choice if you have enough budget and time to finish a high-end mobile game. Unlike Unity, Unreal is usually considered more complicated and has a higher entry threshold, which gradually entails other issues you’ll need to face. However, instead of comparing one engine with another, let’s better highlight the pros and cons of each of them, decorating these lists with a short conclusion.

So, what are the pros and cons of Unreal Engine in mobile game development?

What about the pros and cons of Unity for mobile game development?

As a result of our brief exploration of the game engine world, it’s quite evident that you should choose Unity as your base platform for mobile game development due to a high number of reasons, both mentioned and not mentioned throughout our extended answer.

What is the difference between cross-platform and native mobile game development?

When it comes to mobile game development, you may want to make up your mind on three things — answer the question of what your product must become, what audience it should target, and what platform it has to be optimized for. The last point is one of the most significant, inasmuch as it touches upon a number and kind of devices that players will be able to access your game on.

In the modern industry, there are two major approaches to making mobile games — native and cross-platform development. So, what are the differences between them? You may need to follow a certain path based on your team composition, business model, and the technology partner you choose.

To start with, native mobile game development is an approach requiring your team to be proficient in such programming languages as Java and Kotlin (for Android systems) as well as Objective-C or Switch (for iOS-based devices). In contrast, cross-platform development is already possible if your team is familiar with a particular game engine like Unity or Unreal and the programming languages they support — C# and C++, respectively.

What are the benefits and drawbacks of native mobile game development?

Well, how about the advantages and disadvantages of cross-platform mobile game development?

As a result, we highly recommend that you opt for our cross-platform mobile game development services because that’s how you can squeeze as much potential out of your product as possible and reduce production costs without sacrificing anything.

If you resolve to build an in-house team of mobile game developers or you’d like to extend the already existing one, the information contained in this answer may prove helpful to you. What aspects should you pay attention to? What kind of specialists to hire? What tech stack to focus on? These and other crucial questions may lead a studio to a dead end, simultaneously driving employees to burnout.

Hiring capable developers to work on your mobile game can sometimes be a hell of a job that drains too many resources from your budget. In order to eschew this lot, you should build a team that is disciplined, engaged, motivated, and experienced. Here are some of the most significant aspects to consider during the recruitment phase:

Ultimately, you can either make use of outstaffing services and augment your in-house team with capable specialists from a third-party studio or build a team and pay the full price for keeping it inside your company. Regardless of what you choose, be wary of the pitfalls and always prefer enthusiasm over many hard skills because these can be quickly taught.

How much does mobile game development cost?

Now it’s time to provide insights into the average price of mobile game development projects. At the same time, it’s highly recommended that you contact our managers and discuss your project in great detail for a more in-depth estimation. So, a casual mobile game may cost $20k-$150k, while high-end entertainment apps quite often require you to spend about $500k-$1m, depending on multiple factors.

In any event, with our mobile game development services, you’ll get an excellent opportunity to both to get a product you expect and save resources on its creation. Our specialists have enough experience and expertise to deliver a high-quality mobile game of any type or genre. So why do everything on your own or use unreliable services provided by individual freelancers if you can find a better way to work on your project?