The Ultimate Guide on How to Create an NFT Game

Nowadays, there are many ways you can approach NFT game development. The industry is replete with guides, tips, and tricks on how to do that right. However, the most significant aspects here imply a focus on the business perspective as well as the value proposition for the end-user.

From this article, you’ll learn how to approach the development of your next NFT game and maximize the odds of its success. We’ll share the most functional tips on how to boost your business performance and create a game that captivates attention.

The Game-Ace studio has thirteen years of experience in game development, and we are here to share our expertise with a step-by-step guide on how to make your own NFT game. Moreover, we will tell you about helpful NFT game development services that can make this process fast and effortless.

Non-fungible tokens (NFTs) have become a highly trending subject in 2021. Many people talk about it: some support it, and some don’t. However, the NFT technology is a multifunctional solution for modern artists, gamers, and investors. For example, a massive number of gamers are plunging headfirst into the promising world of play-to-earn NFT games. But how exactly do they work, what is their value, and how to create one?

Why Are NFT Games In Demand?

NFT gaming is one of the latest trends in the industry, implying that many studios desire to learn how to create NFT games. Let alone the opportunity of making a profit from transaction fees while providing players with the same value through a play-to-earn model. All these benefits influence the demand curve, significantly contributing to the price surge of NFTs. According to statistics, the start of 2022 was accompanied by soaring demand for NFTs, with the trading volume rising from almost $2.7bn in 2021 to barely $7bn in 2022. Therefore, players fond of the collecting philosophy, as well as the GameFi model, are expecting even more NFT games to be created. 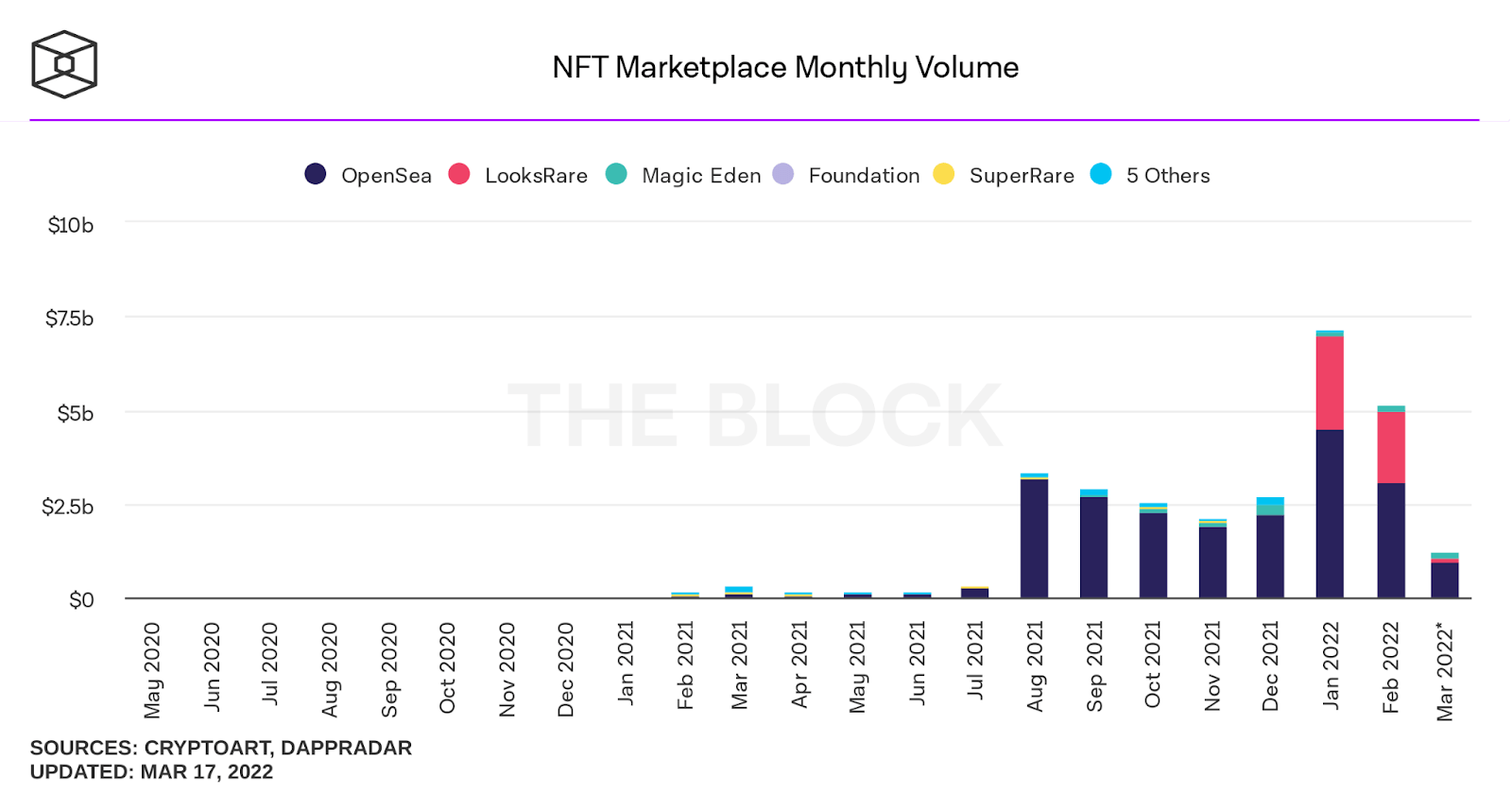 NFT Games: How They Work

As you may know, an NFT is a certificate (more precisely, confirmation of a purchase of a certificate) of ownership of any digital file — image, GIF, audio, video, asset, etc. So, where are the games in this NFT story? An NFT game is a game where players can buy and achieve limited and unique gaming assets created on the blockchain.

Not every player can earn certain NFT assets. For example, if a game developer has crafted only ten axes in gold, only ten players can get them — regardless of the overall number of players in a game. So if players buy or achieve some gaming asset, they are the exclusive owners of gaming NFTs that can be sold or traded.

What’s the value of NFT games?

We can describe the value of NFT games as “gaming as investing”. However, let’s look at this issue in more detail. The typical game process looks like this — you play a video game, buying and earning items (clothes, weapons, props) to use in a game. But if you quit playing, these items have no value for you in the real world.

In the case of NFT games — tokens of these items remain with you in the NFT wallet even if you finish the game. Acquired NFT assets can basically exist outside of the game, so you immutably own them. Thus, players can sell gaming NFTs on a marketplace or trade them for cryptocurrency.

As more users join a game, the demand for items and assets grows, so the cost of assets gets higher. Moreover, developers usually create a collection of NFT assets, consisting of some rare stuff that can be sold for more money. That is why 56% of surveyed gamers are interested in earning NFTs through gaming. Therefore, you can turn your hobby into a financial investment.

How to Create an NFT Game: A Step-by-Step Guide

Considering that NFT games can be highly beneficial for players, NFT game development is even more exciting and lucrative. However, NFT gaming that too few game development companies have looked into, unfortunately.

Luckily, we have thirteen years of experience in game development and have already worked on various blockchain-based projects. Thus, based on our thorough expertise in this field, we know the ins-and-outs of how to build an NFT game. So you can follow these four steps to building an exceptional NFT game.

Regardless of specification, any project starts with preparation. It’s crucial not to skip this step in order to make the upcoming development process flawless and effective. So we have divided it into several main stages that will help you prepare for your project.

The preparation step may seem like a massive volume of work and time. However, our professional experience showed us that it could save plenty of time and budget for your company.

Once you are all set to get started with NFT game development, it is time for designers and developers to act. Follow each of the stages below with attention to detail, and you will get a striking product.

Please note: The process of NFT gaming platform development can be extended with additional steps depending on the type of a project, its core gameplay, and specific features implementation.

NFT games are a novel concept not only for most ordinary people but also for game developers. That’s why it’s better to pay special attention to testing in order to ensure that a game is bug-free. There are three main stages of QA (quality assurance) that assure a thorough check. Thus, specialists can fix bugs before listing a game on a platform.

Usually, popular and established games attract more attention than new products. That’s why you need to put a lot of work into your advertising campaign. For example, it could be nice to join some popular NFT communities and spread the word about your upcoming game even before the game launch.

You can also use various marketing techniques, like placing an ad to catch as many target audiences as you can. In addition, most new games offer better deals for new users in the first week or month of deploying a game. Thus, your target audience will be encouraged to follow your product from the very first day.

Is It Possible to Add NFTs to an Existing Game?

Turning a traditional game into one with NFTs is possible with the thorough work of highly experienced developers who can create a smart contract and insert it into code. The process can be compared to game porting, as the main principle in both processes is to edit game code and adapt game mechanics, content, etc., to the new game format.

However, it’s not all there is to it, as making an existing game an NFT one takes an enormous scope of work and resources. Even developers with broad experience face serious challenges on the way to turning a regular game into an NFT game. So have a look at three main ones to be completely aware of this process.

NFTs inserted in traditional games may imbalance games. Each of the game components must be adjusted to the new format so that these settings do not contradict each other.

By implementing NFTs, developers have to preserve the quality of many pillars that support games that users enjoy: game structure, mechanics, functionality, device compatibility, load capacity, optimal performance, and much more.

The final game size must remain optimal for the platform on which a game is run. And it is challenging to do so while maintaining the excellent quality of each component of a game.

In other words, you can turn a traditional game into an NFT game with a vast amount of resources. But it is vital to make such a decision carefully, as well as to hire a reliable team of professionals, including not only developers but also testers and art designers.

Any single article can’t cover and describe the entire process of NFT game creation, as it is complex and versatile. That is why this path is always better to overcome with the support of a reliable game development team, who will cover all the challenging tasks and make your product shine.

So once you decide to become a part of the NFT gaming market, the Game-Ace team will be ready to assist you with NFT game development from scratch to post-launch support. Partnering with us, you can choose any appropriate business model, like outsourcing the entire project (or some parts of it) to us, or we can dedicate our specialists according to your needs for the budget and timeframe suitable to your company.

Let’s discuss your idea and find the best way to take your NFT game to the top.

How to Find Professional Blockchain Game Developers for Your Project
Get in touch
By sending this form you agree to our Privacy Policy. The information you provide will be added to our CRM system for further communication.
Get in touch
Menu
Address
Headquarters:
Archiepiskopou Makariou III,
1, Mitsis Building No. 3, Office 310,
1065, Nicosia, Cyprus
Representatives:
Germany
Ukraine
Bulgaria
Canada
Contact Us
[email protected]
Stay connected
© 2005-2023 Game-Ace
menu
close