Back to top
3d modeling technologies

The Process of 3D Character Development for Games 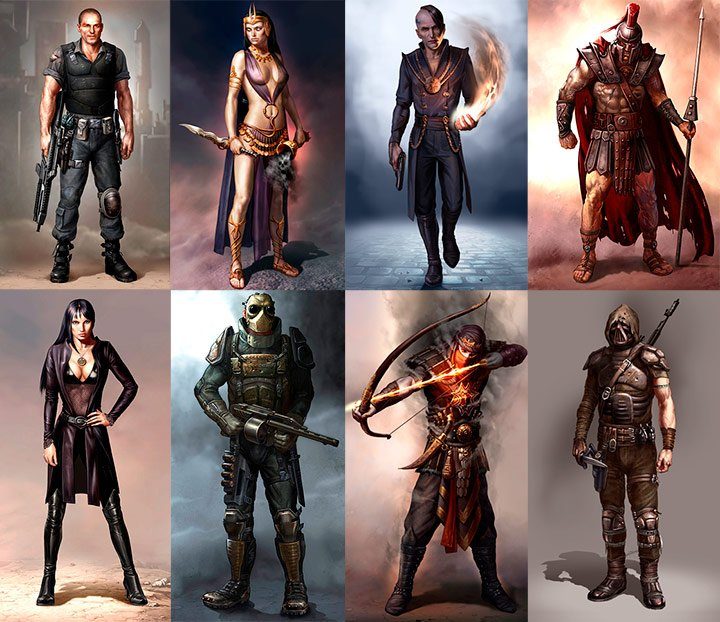 Nowadays, characters are among the most important factors in the development of games, many of which are distinctive enough to outshine other factors. However, the environment and a well-written motivation are both vital for each game, the look of the characters and their behavior also play a big role in the game’s reception among players. You can’t imagine a Star Wars game without Jedis or Wolfenstein without B.J. Blazkowicz, can you? After we finish the game, a main hero is often the one to remember, not the environment or gameplay features. Thus, a well-designed character defines the direction towards which the game develops, as the personality of a hero often sets the pace of the game, depending on his or her habits and moral principles.

Nonetheless, making likable characters isn’t easy, especially when there are already a ton of released heroes. So, when you seek the sources for character inspiration, any sphere of life can serve as an endless well for the design. If you take a closer look at MOBAs, where more than a hundred heroes are represented, you can see that they resemble soldiers, animals, mythological creatures, religious personas, fantasy heroes, and real-life prototypes of people. Borrowing the characters from all these areas has been used a great deal for many games when the developers were eager to add cool new models. 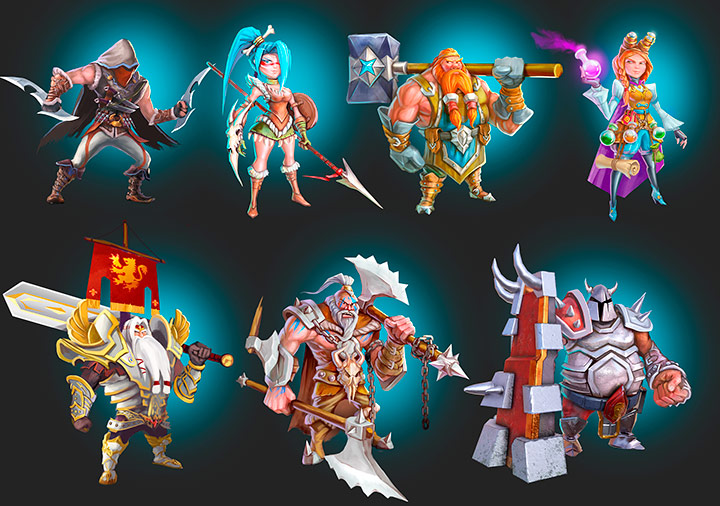 After preferred concept art for the character is elaborated you should decide which parts of the costume will be included and how they are tied to a main model.

Depending of the complexity of a character, this will add to the production time, since making a proper outfit and the way it interacts with the model while moving, is another important thing to keep in mind.

Modeling the characters in 3D, however, requires a lot of knowledge and the proper software to use. The modeling technique is another thing to consider, as the artist’s preference can define the tool to be used. Among the most popular 3D package programs commonly used by 3D artists to make their characters appealing and distinctive, at the same time, are Autodesk Maya, Autodesk 3ds Max, Makehuman, Blender, Carrera 8.5, Mixamo Fuse, and iClone Character Creator. Despite having a wide range of tools for making characters, these programs usually share similar techniques for creating characters.

Next, we will shed some light on the usual practices in two commonly-used game engines: Unity and Unreal.

While creating game characters in Unity, the whole process is generally divided into 3 stages: modeling, rigging, and skinning. 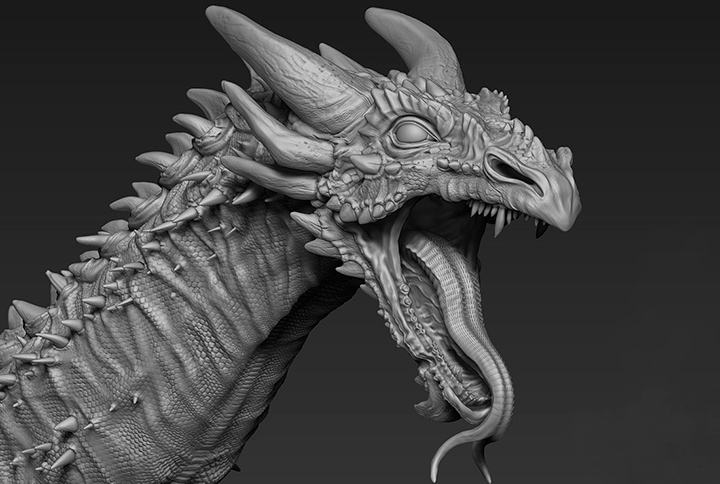 Modeling is the process of making a mesh with a character model in one of the 3D modeling programs. This process also consists of a few specific stages:

Rigging is a process of creating a “skeleton” of your model by creating joints that will enable you to move it.

Depending on the 3D package that you choose from—3ds Max, Maya, or Blender—you will be able to define whether an already-made skeleton body should be picked or manually generated by an artist. This tool, combined with the Unity editor, allows you to fit the mesh the best; however, this requires plenty of time to build an entire skeleton made of separate bones, let alone creating bone particles from scratch. Usually, it requires having from 15 to 100 bones, depending on its complexity, to successfully move a character. Given a solid number, it isn’t always easy to manipulate each of them manually; that is why some tools allow for scaling, moving, and turning a certain group of bones to make the process smoother. 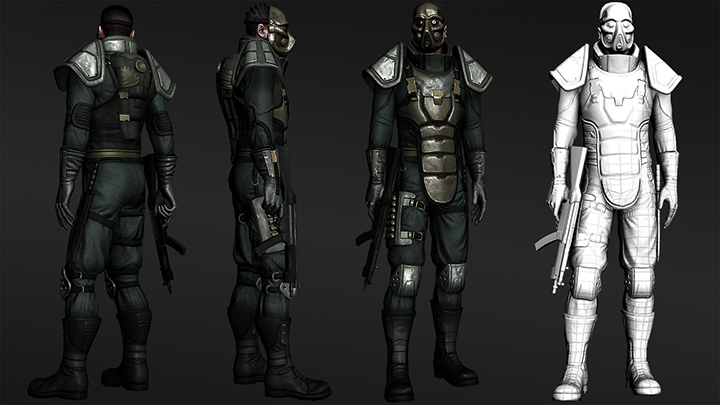 Skinning is a step when an initial mesh gets applied onto a biped skeleton – a human-like skeleton with two legs. This process includes binding the vertices of mesh to the bones, which can be done both directly with rigid binds or in a blended way to a certain number of bones. Depending on the 3D package that you use, there will be a list of methods to manipulate the model, allowing you to weigh the influence of each bone onto the mesh. This process is often automated and shows the nearest influence point to the body part or uses a “heating method.”

However, this stage is rather demanding towards the manual job as the model refinement will require a lot of animation testing. Here are a few aspects to keep in mind:

Unreal Engine is another popular tool when it comes to creating 3D characters, and even though the overall process isn’t that different from Unity, it is distinctive enough to be described in a separate section.

The main 3D package to use when creating models for Unreal Engine is Maya, which offers a wide range of tools, like its own Maya Rigging Tools feature. It enables producing the skeleton creation, its placement, rig, and a list of other features to speed up the artist’s workflow. Let’s take a look at the main steps of making a 3D character in Maya. 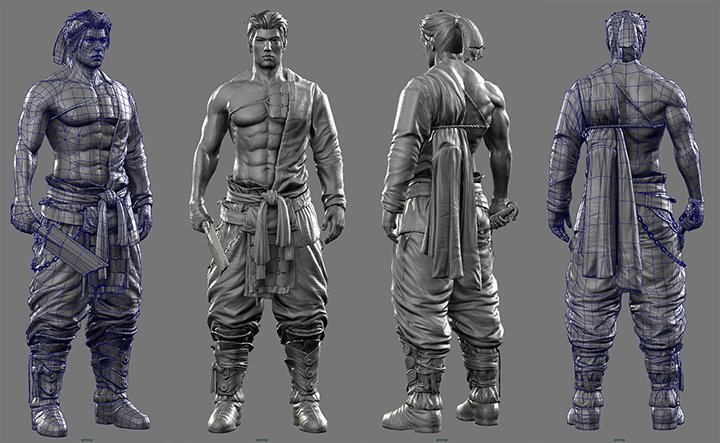 Modeling in Maya is based on three major methods: 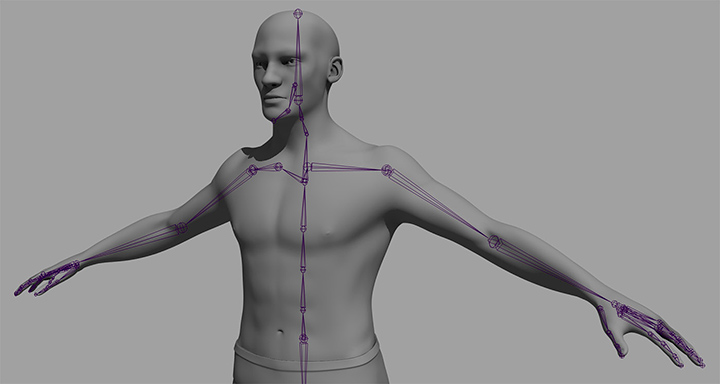 First, the artist needs to create a skeleton by entering certain values for each limb and their number respectively. There are three basic joints:

All the added joints will be displayed in the Added Modules and will be susceptible to change. Another method is just to use the template, for example, from HumanIK, an animation middleware library.

A joint mover is a rig that helps you place the joints into the mesh in a fast way. The proxy mesh will be displayed instead of regular Maya joints. It will allow 3D artists to start working with animations, even without having a lot of model assets.

The UI of the joint mover looks very much like an MMORPG character panel and highlights all the joints of the body, available to move the model and the toolbar.

Once the joint placing process is done by a Joint Mover, the Deformation option will become available as it will allow creating a final skeleton version with a Rig Pose (usually a T-pose) and the skin-weighing tools will be presented. That is an optional feature and is mostly used when there is no final model done yet, so it will weigh the proxy mesh that will be used for prototyping purposes. 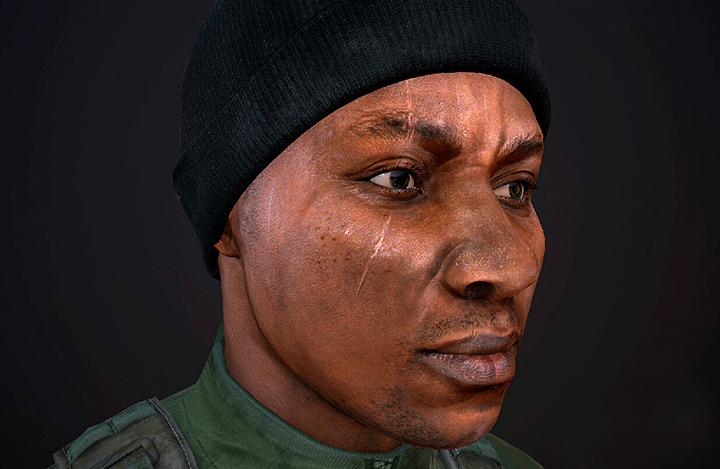 Despite being rather similar to the process in Unity, skinning in Maya for Unreal has a few distinctions. The whole process has three different ways to conduct: smooth, rigid, and indirect skinning.

After the manipulations in the editor are done, the created assets need to be saved with a certain extension depending on the program that you use. Then it should be used by the game engine for further character polishing.

Speaking of Unity, there are two available methods to import 3D models into it:

For example, you can port various assets with mb. and ma. extensions created in Maya to Unity engine:

Take note that various proprietary files from 3D editors can also be ported into the game engine and get converted into appropriate extension automatically.

After the porting is done, it will allow for further 3D model manipulations in the game engine that you choose.

Character development is a complex process that implies multiple stages—from making the overall concept up to implementing the animations. Knowing the major development steps and the list of proper tools could help you enhance the procedure of character creation, many of which are compatible with both Unity and Unreal Engine.

Given the list of contemporary 3D packages at artists’ disposal, making 3D models has become much more welcoming over the recent years. However, certain actions should still be performed manually without using middleware libraries. 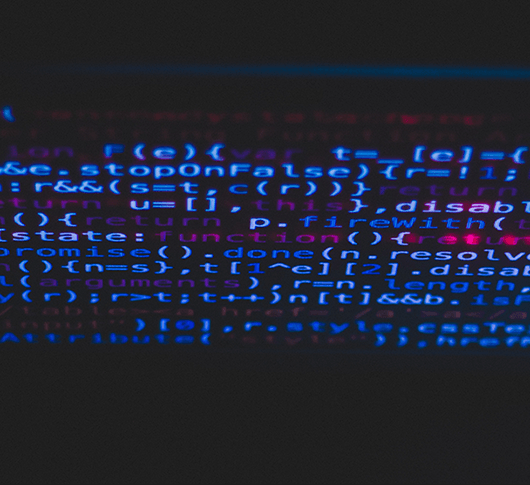 What Is The Best Language For Game Development? 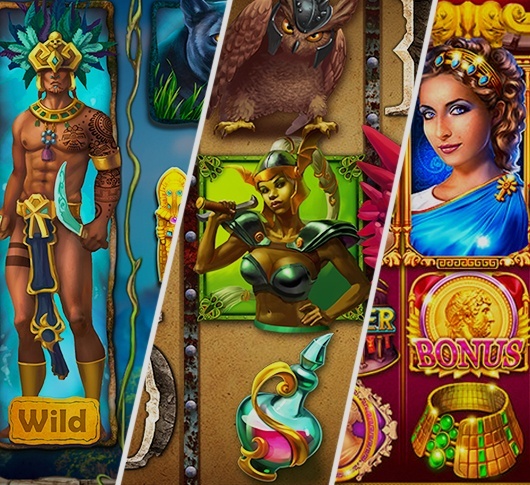 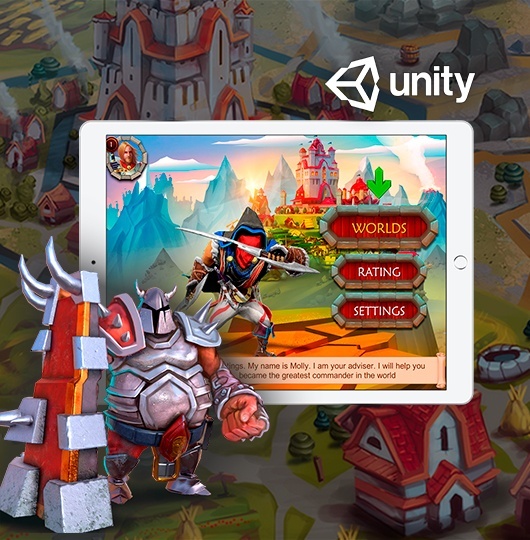 How Good is Unity for Game Development?
Get in touch
By sending this form you agree to our Privacy Policy. The information you provide will be added to our CRM system for further communication.
Get in touch
Menu
Contact Us
USA+1 347 53 53 543
UA+38 067 578 40 46
[email protected]
Address
2, Kharkivs'ka embankment,
Kharkiv, Ukraine
Stay connected
© 2005-2020 Game-Ace
menu
close