VR games are gradually transitioning from what humanity calls technical know-how to a stable product of the IT industry. With more headsets emerging on the international market, let alone their greater accessibility, game developers have started paying careful attention to immersive technology, viewing its potential as a bottomless digital gold mine.

According to statistics, the number of Oculus Quest 2 units sold has increased to 1.87m since the product’s launch. These numbers indicate a growing demand for virtual reality technology as the game development hardware evolves, enabling creators to do more high-quality projects with advanced graphics.

Today each virtual reality game development company tries to squeeze the most out of technology to offer premium-quality immersive games. From this article, you’ll gain insight into how to develop your first VR game for Oculus Quest and learn why it may be a risky endeavor to build the project with your in-house powers only. Let’s get started!

Why Is Oculus Quest an Excellent Fit for Your VR Game? 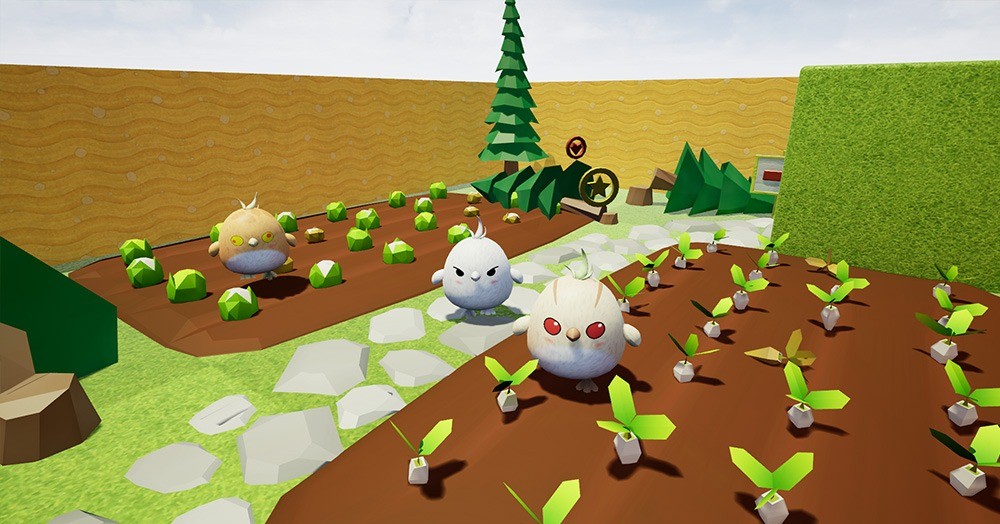 Since Oculus Quest is one of the most popular VR headsets in the world, it’s natural to suggest developing your games based on this platform. As another statistic demonstrates, a high number of virtual reality software and games are bringing much profit to their developers, being ranked the highest-rated paid apps. In turn, such a state of affairs shows the audience’s interest in playing VR games as well as its purchasing power.

For instance, Puzzling Places, The Room VR: A Dark Matter, and I Expect You To Die 2 account for the 3 highest-rated VR games for Oculus Quest in 2022. These projects prove the viability and profitability of using such immersive technologies to build entertaining applications. In this relation, video games occupy a considerable share of the entire VR market, making it a potentially fruitful niche for game developers.

Although the VR game development cost may vary based on the project scale, audience, and human resources, it’s becoming evident that Oculus Quest has already turned out to be an excellent fit for almost any virtual reality game. Whether you’d like to create a VR detective, puzzle, or simulator game — by choosing Oculus Quest, you expand your development prospects significantly.

Like any other business-oriented game development initiative, making entertaining apps for Oculus Quest can become risky. Notwithstanding the active spread of virtual reality technologies on the global market, many potential buyers still can’t access XR games in their homes, which continues to impede the inflow of investment in the industry.

Nonetheless, all the hurdles of making video games for Oculus Quest touch upon the risks of VR game development in general due to the industry’s relatively limited scale compared to the traditional gaming segment. At the same time, recent statistical data shed light on the prospects of VR games, inasmuch as the market’s worldwide revenue continues to surge from $0.4bn in 2017 to $1.6bn in 2022, with forecasts to grow up to $2.4bn by 2024.

Similar insights imply that developing virtual reality games for Oculus Quest or any other headset isn’t a more precarious endeavor than getting involved in conventional game development. The only difference here is that you are limited to a certain platform. In this case, your limitation will boil down to taking advantage of Meta’s resources only. But it’s not a big deal, considering the corporation’s ambitions in the metaverse industry.

How to Develop Oculus Quest Games?

Prior to jumping right into developing a game for Oculus Quest, you need to set everything up. Let’s take the Unity engine for VR game development as an example. Down below, you may get familiar with a step-by-step algorithm on how to prepare your workspace:

Although building games for Oculus Quest may prove a resource-consuming undertaking, it’s a matter of time, practice, experience, expertise, and motivation. Still, sometimes it’s better to trust professional developers who know all the ins and outs instead of inquiring about how to make a VR game for Oculus Quest on your own.

What to Be Aware of Before Building Games on Oculus Quest 2?

Now, as you’ve already learned a lot about the VR headset’s capabilities in general, you automatically know more about how to develop games for Oculus Quest 2 because its two generations are almost the same at their core. The only difference lies in the new generation’s more RAM, faster CPU, improved design, better display, and increased support for accessories.

However, these changes only allow developers to work with more high-poly 3D assets, provide better physics, and ensure more FPS in their projects. But developing and testing VR games in either the 1st or the 2nd generation is almost the same, so you don’t need to read tons of new documentation for developers. Hence, building games for Oculus Quest 2 isn’t any different. Still, what you need to be aware of is that VR projects are resource-consuming.

In most cases, a more beneficial option will be to address a professional VR game development studio. These usually have sufficient expertise for Oculus Quest 2 game development, so you won’t need to teach your developers from scratch how to create products for the virtual reality market on this platform.

In order not to question yourself how to make a VR game for Oculus Quest 2, a more beneficial option is to use either team augmentation or outsourcing business models. Such an approach is more cost-effective and will undoubtedly help you save financial, time, and human resources spent on the development stage.

Choosing the Best Engine for Developing Games on Oculus Quest

Without a doubt, what you should do long before you even enter the discovery phase is to choose a game engine that will power your VR app. As a rule, most developers find themselves choosing either Unity or Unreal Engine as their primary platform. After all, there are both pros and cons of going with one of these.

So, can you develop games in Unity for Oculus Quest? Certainly, yes, and the answer lies in the step-by-step set-up plan we’ve already covered in one of the previous sections. However, what about Unreal? How to make VR games in Unreal Engine? Is it a more challenging initiative? In a nutshell, not much.

The greatest portion of difficulty in developing VR games in Unreal compared to Unity encompasses:

Developing games for Oculus Quest unquestionably entails more attention paid to the visual aspect of your VR game since the hardware supports high-quality graphics. But it doesn’t mean you are obliged to create a product with a focus on its visuals. That’s why you may want to go with Unity as a golden means for VR games.

Hiring a team for Unity game development is what you should focus on before delving into the game engine. However, you don’t need to if you’ve got a reliable partner like an outsourcing VR game development studio. The decision to make use of this service may eventually turn out to be incredibly cost-effective and rewarding.

What Types of Games Can You Build on Oculus Quest?

In your VR game development ambitions for Oculus Quest, you aren’t at all limited to certain types or genres. Be it a plane simulator, first-person shooter, or puzzle game, the platform doesn’t establish any barriers for your developers. If you, say, intend to create educational games on Oculus Quest 2, you are welcome to actualize your idea because the hardware easily supports such a type of VR games.

As you see, there’s almost no limitation regarding what type of VR game you can build for Oculus Quest 1 or 2. From sports games to MMO RPGs — the platform can handle it all. Even if you are after Oculus Quest 2 learning games, Meta’s technology coupled with Unity can do real magic. The only limitation is your mind. And, of course, the poly count, inasmuch as VR headsets aren’t as powerful as your desktop PC. That’s another proof why you should rely on experts in this game development sector as there are a lot of implicit nuances. 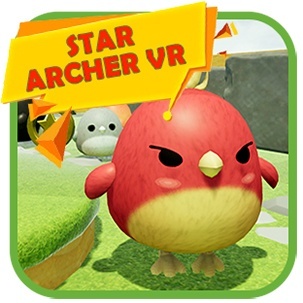 Game-Ace took advantage of its XR expertise to the fullest and made a VR game using Unreal Engine 4. Optimized for Oculus Quest 1/2 headsets, this game allows players to become an archer fighting against the troops of evil birds with a bow. In this virtual world, you can unlock new weapons and get multiple bonuses for achieving goals.

How Game-Ace Turns Your Ideas Into a Product

No matter what VR game you’d like to build on Oculus Quest, our custom game development company is here to lend you a helping hand. With deep expertise, insight into the market, and time-proven experience, Game-Ace can bring your ambitions to life.

Our Oculus Quest game developers can endow your ideas with graphics in the virtual environment. Merely pick up a business model of your preference, whether it’s team augmentation or outsourcing, and you are already one step closer to your VR game.

Contact us and unlock the full potential of your game ideas.

Choosing Unreal Engine for Android Game Development: What to Expect
Get in touch
By sending this form you agree to our Privacy Policy. The information you provide will be added to our CRM system for further communication.
Get in touch
Menu
Address
Headquarters:
Archiepiskopou Makariou III,
1, Mitsis Building No. 3, Office 310,
1065, Nicosia, Cyprus
Representatives:
Germany
Ukraine
Bulgaria
Canada
Contact Us
[email protected]
Stay connected
© 2005-2023 Game-Ace
menu
close