The gaming market is huge, and it keeps getting bigger — projected to reach $128.5b by 2020 on all the platforms combined. As more and more people across the world get access to various gaming platforms with the steady vanishing of age and gender boundaries, we are getting closer to an era when every human being will be viewed as a potential gaming customer. Grasping the attention of such a broad demographic range can be tricky, and it often spurs developers to make games appealing to virtually every social group, securing their products’ longevity.

Making an addictive game with effective game mechanics can be fairly difficult and to generate some cool game design ideas you need to know the local audience features. For example, many addictive gambling practices in China are prohibited by law — coming as a huge slap in the developers’ face of those who were brazen enough an attempt to grasp an immense Chinese market. Counter-Strike: Global Offensive, for example, had to showcase the drop chance numbers from skin cases – a vital part of its economy – that has surely discouraged many players from buying such items.

Sadly enough, we have plenty of cases where game development companies have abused the addictive gambling nature of vulnerable people who cannot stand spending their last bit of money on loot boxes with in-game items. EA’s Battlefront II served as a great example of how the pursuit of making a game addictive turned out to be a colossal fiasco. An intention to make the loot boxes the only way of gameplay progression has cost the publisher more than $3.1b, and the amount keeps growing with more potential lawsuits on the horizon.

So, what are the best routes when it comes to making addictive gameplay mechanics without implementing a money-grabbing paywall? First and foremost, if the games want to grow steadily, they should get rid of slot machine gambling practices; this is why this article (and many more game design articles) will not advocate such shady techniques for making any of them addictive. Luckily, gamers tend to draw the line with their wallets — the best form of self-regulation by a mile.

The most apparent condition for the success of games is the amount of the content available. It doesn’t necessarily have to be bloated with content on the release date. Moreover, a well-thought release schedule of new locations, heroes, and events will help to keep community numbers healthy and invested in the gaming process. In this case, the content release schedule must be very strict; otherwise, it will result in sizeable masses of players leaving the game, as happened with Destiny, WoW: Warlords of Draenor, and No Man’s Sky. Despite the video game mechanics and game design were not bad by any means; the lack of the content at release and regular updates became a sentence to their player base. 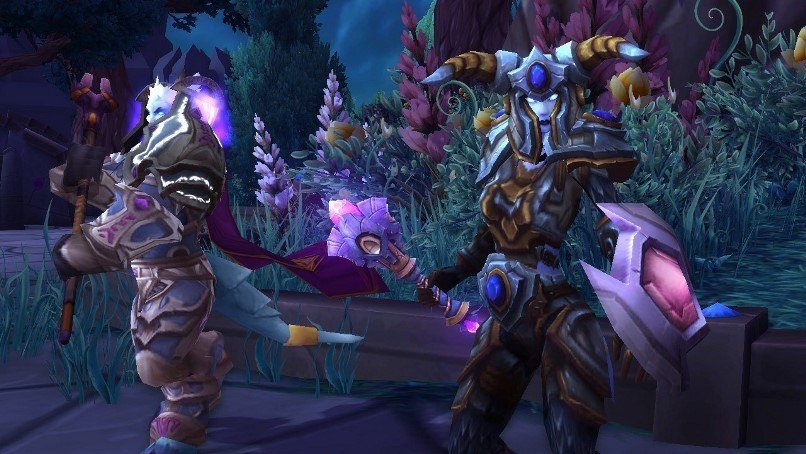 From another standpoint, a game like Rainbow Six Siege, despite showing poor sales numbers upon lunch, managed with to grow their players’ community over time with regular updates and content additions. Paired with interesting game mechanics, it turned out to become an addictive experience, granting hefty revenue for Ubisoft.

Easy to Learn – Hard to Master

First, a low skill threshold would be a great feature for any game in order to capture a broad demographic. Furthermore, each new player can feel a huge sense of accomplishment as they progress through interesting gameplay. If done correctly, making your character more powerful while also sharpening your skills and knowledge about it always makes a gaming experience addictive, especially if there is a distinctive goal towards which a player is steadily moving. Like in real life, a person who has started his/her glorious journey in tatters will have an ignited interest towards new landmarks and milestones.

For instance, StarCraft II is a great game with unique game mechanics — no doubt in that. However, high skill threshold requirements have prevented this video game from growing; hence, its player numbers have never reached stellar peaks. 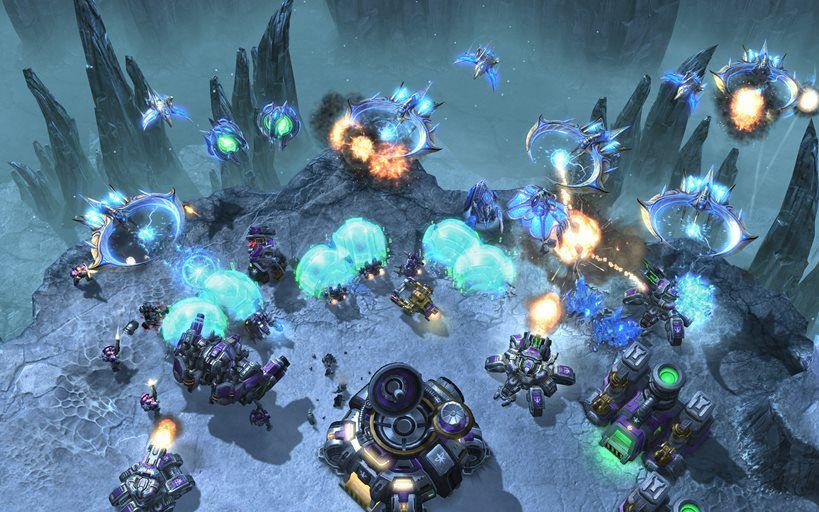 But Guild Wars 2, on the other hand, a game that requires new players to use six or so buttons for a single spec, can demand using tons of abilities for each spec by advanced gamers, manages to stay addictive (also thanks to content updates) and highly lucrative, attracting both experienced players and rookies. The same story can be addressed to CS:GO that only requires novices to shoot the enemies with a left-click button. Meanwhile, top players have an immensely high skill ceiling. Now, it’s easy to get lost on how much money the Valve game has brought their stakeholders by expanding the player base.

Arguably, one of the most crucial factors to enjoy the game is how rewarding it feels, and this is one of the best game mechanics ideas. You can’t compare the immense pleasure of getting an epic item or the highest rank that you have been steadily moving towards. Each stage of gameplay should have clear and feasible goals and conditions to be obtained, prompting a player to invest more time and resources.

Once again, the Star Wars Battlefront II flop is a great example of how the reward system should be handled from multiple angles. If the only way of progression is buying the loot boxes via in-game or real-life currency, there should be at least a guaranteed chance of getting a valuable item. 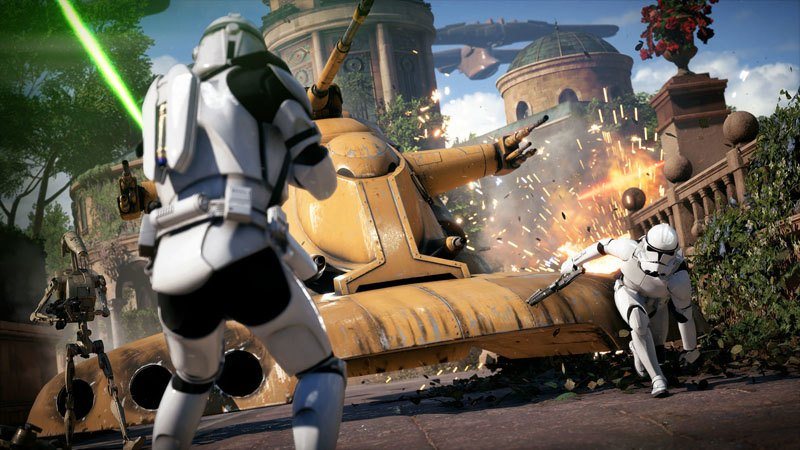 Furthermore, granting more in-game currency for a successful player over slackers is another step to spur players to commit more time and energy to achieving their precious rewards. By failing to add this common practice, EA applied other game design tricks and managed to aggravate a whole devout player base, granting merely the same in-game currency amount to everyone, regardless of their performance.

Unlike the content saturation issue, game design patterns that imply high replayability can switch players into addiction mode, even when the game itself lacks huge locations or events.

First, a non-linear game has a good chance to incite gamers to complete the same levels over and over again. The “choice and consequence” type of games includes the dialog tree, branching narrative, and, as a result, multiple different endings.

Mass Effect 3, despite being a controversial product due to its various endings, still garnered massive attention and revenue by urging fans to replay the intriguing final. Games like Fallout and Dark Souls also stimulate players to give more shots for starting over and over again. A wide variety of good game mechanics, boss battles, and character development routes serve as an endless well for enjoying these products religiously. 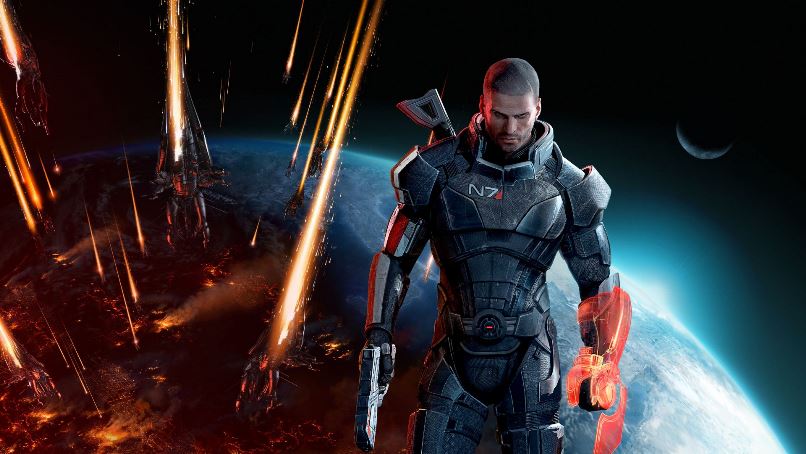 However, single-player games should not just rely on their replayability. Even MMOs like WoW and SWTOR can have enough depth to re-experience certain elements of core game mechanics. In SWTOR, a feature such as Force Alignment (Light/Dark points) is fairly valuable for future progress and is earned by choosing the character’s behavior patterns during its leveling process. Having discernible quests for each side and class spurs the players to try out each of them and relate to certain game situations. Having a huge number of classes and specializations alone is enough for WoW to be a king among long-living moguls as replayability became one of its trademarks. Even the lack of variety through the leveling process cannot overshadow a number of new horizons when playing many different classes and specs.

This is a fairly simplistic technique when developers want to keep players engaged with the game. After becoming popular in MMOs, this practice has migrated towards many other game genres and usually offers a better reward than the regular quests do, getting automatically reset each day. It doesn’t have to be a literal quest: even an x2 or x3 XP multiplier for the first victory on each vehicle can be considered as such (World of Tanks.) There is no consensus among players whether it’s a consumer-friendly game design pattern or not; still, it is hard to deny its great effectiveness over the recent years.

Spectacular visuals can be a nice magnet for gamers; however, it isn’t limited by the landscape and graphic effects. Cool cosmetic skins had proven to become a reliable source of gamers’ addiction, prolonging their longevity for almost a decade. Whether we are talking about spectacular, obtainable in-game sets or the skins from loot boxes, receiving a new character outfit is one of the main goals for many players, and they are ready to invest their time, money, and energy to fulfill this need. Such games as CS: GO, and Overwatch cannot be boastful about their engine graphics, but the skin designers have performed a miracle, creating gorgeous skin assets that sometimes overshadow the core game mechanics.

Like any serious issue on this planet, game addiction can be a double-edged sword. If the game development industry wants to stay independent and avoid regulations from the local government, then it should be loyal and friendly towards its customers.

We have seen on multiple occasions when game developers have taken advantage of people who are vulnerable to gambling. However, the recent EA controversy might become a tipping point when the threat of government intrusion can become a great vehicle for more fair methods of making gameplay mechanics unique and addictive.

Given the list above, there are a sizeable number of techniques to spur players to stay loyal to the game without turning it into slot machines, both multiplayer and single-player. 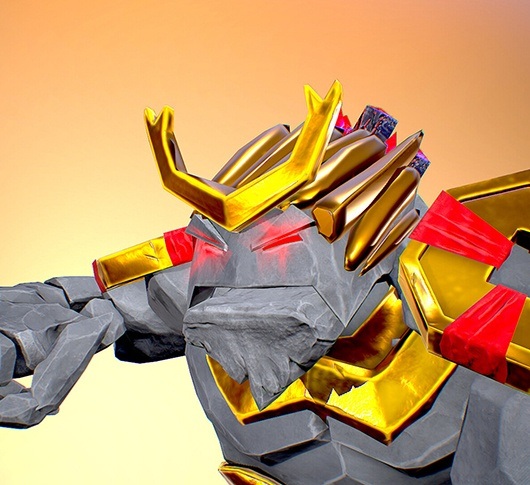 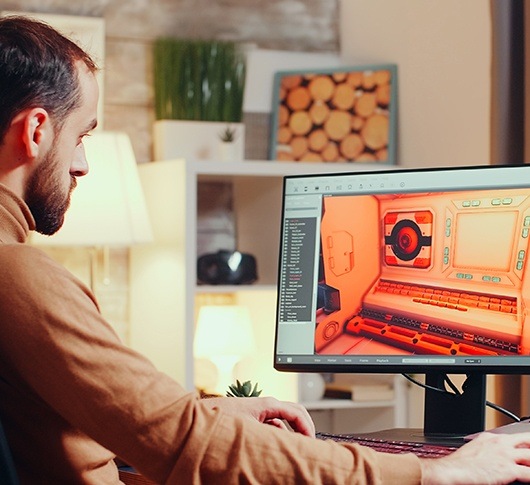 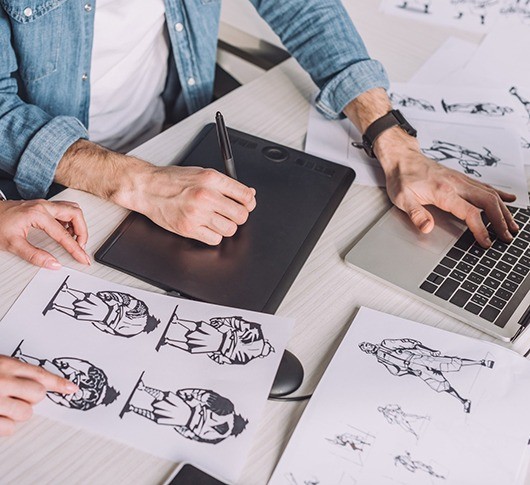