In light of the NFT craze blowing up the digital entertainment industry, the number of games built over blockchain technology is gradually increasing. Play-to-earn (P2E), a model allowing players to earn cryptocurrencies like Ethereum while winning in-game battles or other competitions, is another reason why NFT games are becoming so popular.

So, what is an NFT game, after all? Terminologically, it’s a game whose mechanics revolve around enabling players to earn NFTs (non-fungible tokens) while competing with other players or NPCs. From the back-end perspective, such games are connected to decentralized digital ledgers based on blockchain technology.

Be it a mobile, console, or desktop gaming solution, NFT games are flooding the market. Today every NFT game development company heavily bets on building a crypto game that manages to successfully combine attractive mechanics, appealing visuals, and viable crypto earning opportunities for players. You are welcome to find out how NFT games create value!

The Meaning Behind NFT Games

NFT game meaning is what a lot of internet users worldwide are interested in, given the amount of investment put into GameFi. In turn, this fusion of the words “game” and “finance” has the potential of revolutionizing the gaming industry forever. Aside from the play-to-earn model, one more benefit of NFT games is that they are likely to become metaverses.

How Do NFT Games Work? — The Gist of It

Now as you know the meaning of NFT games, it’s time to answer the question “how does an NFT game work?” Since any such game is developed on blockchain technology, all the data concerning gameplay is stored on a digital ledger, which ensures transparency and cybersecurity. Moreover, even the information regarding game assets and their ownership is also recorded on a certain block in the chain.

Interestingly, NFTs, whose meaning implies that one such token can’t be replaced with another holding the same value, allow blockchain to identify a true owner of specific in-game assets. By earning unique collectibles inside an NFT game via a smart contract, players get not only the in-game value but also an opportunity to trade tokens for actual money.

Beyond question, the price for cryptocurrency depends on the market demand and industry fluctuations. For example, in the 2022 survey, 70% of responding game developers around the globe confirmed the lack of interest in building NFT games, while 21% of them proved somewhat interested and 7% — excited about the idea.

What this means is that not all game studios have already grasped the concealed profit behind the GameFi concept. Currently, the market isn’t overwhelmed with NFT gaming solutions, so pioneers gain all the benefits and need less effort to become leaders. Furthermore, you can get an extra boost if you scale the NFT gaming project you have or want to build by converting it to a metaverse. But before, you should find a reliable partner that will provide you with high-quality metaverse consulting services.

The Most Anticipated Upcoming NFT Games

NFT gaming platform development is a promising field that brings its owners fast success due to the hype around it. Currently, multiple NFT game studios out there are working on blockchain-based games. Below you may find the list of the most anticipated ones. 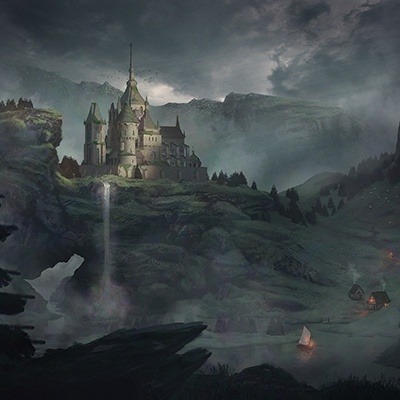 By discovering the Nomadland Island, players will be able to build farms, purchase land, and fight epic monsters in exchange for non-fungible tokens. As an action RPG combined with a strategy, this NFT game will be also based on blockchain technology, enabling its players to earn tokens, which then can be used for unique weapons, armors, special moves, and super powers. 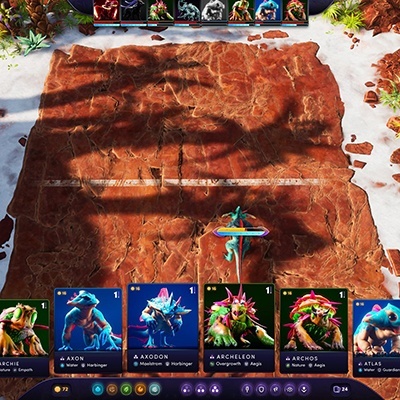 This open-world auto battler is one of the most expected titles in the NFT gaming industry. Its first open beta had been scheduled for 2021, but developers confessed that the game wasn’t ready. As of today, Illuvium is still under development but has to be released in 2022. 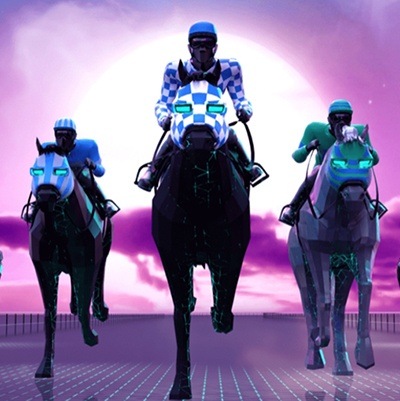 This NFT game developer aims to combine the metaverse reality, Game-Fi, and horse racing to reconceptualize the conventional thoroughbred racing sport. Inside of this game, players will get a chance to own in-game assets and trade them for real money, which is the gist of the Game-Fi ideology. 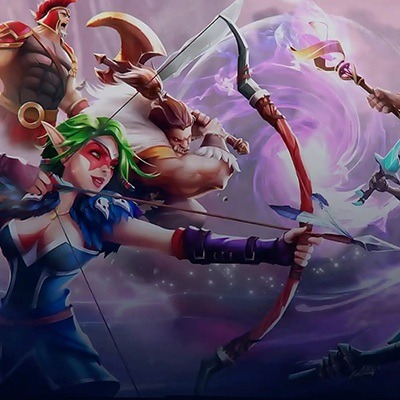 Inside the Guild of Guardians, an epic fantasy RPG, players will explore the digital realm replete with dungeons, dragons, orcs, elves, and other mythical creatures. After looting and accumulating resources, you’ll be able to buy and sell NFTs in the form of pets, heroes, as well as other valuable game assets. 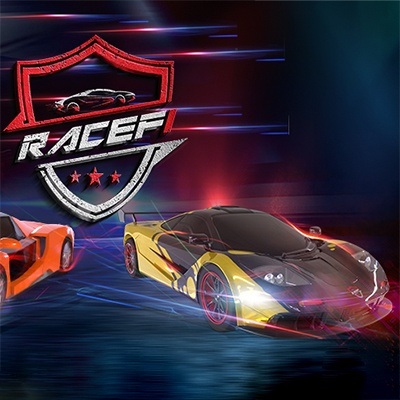 This NFT game is the first AI/ML integrated car racer supported by the Solana ecosystem. Notably, the game’s core principles presuppose the play-to-earn model as well as PvP and PvE modes.

How to Start Getting the Benefits of GameFi?

Based on the P2E philosophy, GameFi combines the best of both worlds. It embraces entertaining game mechanics, NFTs, cryptocurrency, and blockchain to provide players with the most intriguing experience ever. The very idea of gaining financial profit as you play is revolutional.

Players can benefit from NFT games by merely downloading the product that supports GameFi, registering a crypto wallet account, and using it, say, as a Google Chrome extension. One of the most widely employed is MetaMask. By linking it to a game of your preference, you’ll be able to accumulate cryptocurrency while playing.

NFT game owners can also reap the benefits of GameFi by attracting interested venture capitalists and occupying new market niches while they are still unflooded. More specifically, you can monetize your crypto game not only directly from NFTs but also through additional services, selling rare collectibles, and conquering new industry prospects.

According to DappRadar, in 2021, NFTs associated with games generated almost $5bn of revenue. And this figure is constantly growing, which means that international investors are interested in the way NFT games may bring profit to all parties, including developers, stakeholders, and players themselves.

A curious fact — the global P2E NFT games market size is forecast to be worth $3618m by 2028. What this means is that the market is alive and full of potential that drives the motivation for NFT game developers to produce content even with more zest. That’s why it is becoming incredibly rewarding to operate in the GameFi industry.

Creating NFT games may, of course, prove a challenging endeavor as well. Therefore, you might need a long-term partner prepared not only to develop an NFT game for you but also support this project afterward.

The Future of NFT Games

Without a doubt, the future of NFT games lies in combining traditional gaming, GameFi elements, blockchain, XR technologies, and metaverses. With this approach, all parties derive maximum benefits out of releasing blockchain-based projects. Synergy is where the future starts in the gaming industry because its primary mission lies in multiplying value.

Furthermore, the P2E model will undoubtedly change the market game and influence other big titles that may respond with similar innovations added to their core gameplay. Also, the focus will shift toward interoperability, implying that an NFT collectible earned inside one game could be used across other similar products that share a single blockchain.

NFT Games and the Value of Game-Ace Services

Given that GameFi and respective NFT games are only yet to reach the peak of their performance and popularity, anyone can quickly jump in with their own projects. Finding a trustworthy full-cycle NFT game development studio may turn out to be a tough challenge, though. Well, Game-Ace is already there for you and got all things set to create a holistic NFT game that will broaden your audience, endowing it with even more value.

What you can do to launch your crypto-based project without delay is merely get in touch with us and then discuss all your expectations during an interview. 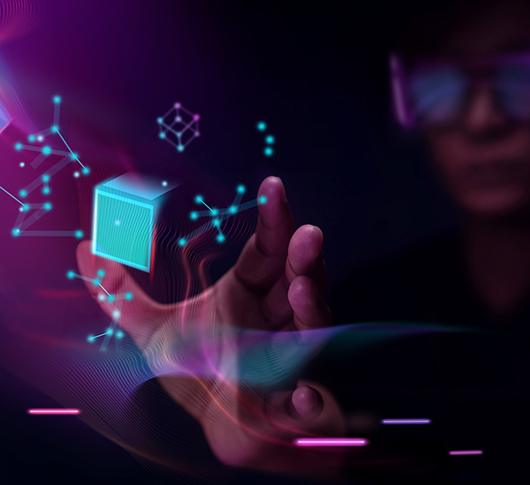 What Is a Blockchain Game? A Complete Overview
Get in touch
By sending this form you agree to our Privacy Policy. The information you provide will be added to our CRM system for further communication.
Get in touch
Menu
Address
Headquarters:
Archiepiskopou Makariou III,
1, Mitsis Building No. 3, Office 310,
1065, Nicosia, Cyprus
Representatives:
Germany
Ukraine
Bulgaria
Canada
Contact Us
[email protected]
Stay connected
© 2005-2023 Game-Ace
menu
close