On the wave of the immersive technology evolution, creating VR games in Unity is turning into a beneficial undertaking. As virtual reality headsets become accessible and widespread, game development studios launch more challenging VR projects, facing a wide range of technical questions. Well, one of them touches upon the choice of game engines.

The internet is overwhelmed with debates over what game development platform better suits VR projects. Unity and Unreal Engine are known as the most accessible as well as progressive solutions for this purpose. But which one to choose? This article will explain what it’s like to create a VR game in Unity and how to make it right against all odds.

Today each Unity game development company continually needs to keep its fingers on the industry’s pulse to be aware of all plugins, updates, and other engine-related staff to produce quality VR games. So let’s begin our narrative and learn how never to lose track of trends!

How to Make a VR Game in Unity?

With a release in 2005, Unity is way younger than its older alternative Unreal Engine. However, today both platforms offer sufficiently similar functionality, with one outperforming another in particular aspects. If you’ve come here to learn how good Unity is for VR game development, this article will provide you with the answers. Setting distractive information aside, let’s delve into how to create a VR game in Unity.

Primarily, making a VR game in Unity requires you to learn the fundamentals of game engines, their primary coding languages, and plugins. So let’s begin with revealing more about the functionality behind Unity in its official documentation. Interestingly, it’s compatible with all platforms, presupposing you can develop VR games for pretty much every hardware out there, including PC, PlayStation, etc.

In addition to a visual scripting tool, Unity supports C#, a powerful general-purpose, object-oriented, and multi-paradigm programming language. Finally, making VR games in Unity is relatively straightforward due to a plurality of available plugins, an intuitive interface, as well as a supportive community that can lend you a hand in any issue you encounter.

The whole story of creating a VR game requires us to learn the basics of how to make a game in Unity that would be playable on standard devices. That’s why you’ll need to either master the skills of programming on C#, game design, level design, 3D modeling, animation, as well as other staff or hire ultimate Unity developers who know all the ins and outs. Therefore, in order to make a VR game in Unity, be ready to change a lot of hats.

What Plugins to Use for VR Game Development?

To answer the question of how to create VR games in Unity in more detail, we need to talk about VR plugins. Most specifically, there’s plenty of additional software you may install for Unity, depending on what platforms you want your VR game to function on. Fundamentally, you’ll undoubtedly need the XR Plugin Management, XR Interaction Toolkit, and OpenXR plugin packages.

Once you’ve completed all the settings and installed each essential plugin, you are good to go with your first scene in Unity. Astonishingly enough, what makes VR game development a more beginner-friendly undertaking compared to a traditional pipeline is that you don’t need to write any player controller scripts because everything is already set up inside plugins. It’s good news as you can hire middle developers or extend your team with them without risks.

Which VR Headset to Choose for Creating a VR Game in Unity?

Nowadays, the global gaming community has an opportunity to choose from a vast variety of headsets to enjoy virtual reality. Among the best ones, you can stumble on Oculus Quest 2, Sony PlayStation VR, Valve Index VR Kit, HTC Vive Pro 2, and the like. Subsequently, what hardware to opt for as you develop and test your VR game?

According to research, Oculus was the most popular XR headset in 2021, with 80% of the global market share. What does it imply for developers? Well, it’s more cost-effective and strategically rewarding to create software as well as games that are perfectly supported by the broadest range of hardware or platforms.

In case you are interested in how to make a VR game in Unity for HTC Vive, you’ll also need a bunch of plugins. One of them is SteamVR, which significantly simplifies the workflow and saves a huge amount of time on extra scripting as well as physics programming. When you set up the plugin and turn the teleportation on, you can decorate a scene with assets, continuing the work on your VR game.

This way or another, you’ll need a team of developers. Whether you elaborate on a VR project for HTC Vive or are discovering new ways how to create a VR game in Unity for Oculus Rift, keep in mind that plugins allow you to focus on creative, more essential tasks instead of writing interactivity, throwable, as well as other scripts that enable players to move around your VR game.

Successful VR Games Made with Unity

Now let’s find out what successful VR games have been created with the help of Unity and why they are popular. This analysis will allow us to gain more insight into how developers build their products, what risks they face, and what it takes to make a game in virtual reality.

By the end of this section, you’ll manage to make research-based and conscious decisions regarding your VR game as you learn more about successful products on the market. In 2022, there’s already a plethora of attractive games created with Unity for VR. So let’s move on and take a closer look at each of them.

The Room VR: A Dark Matter 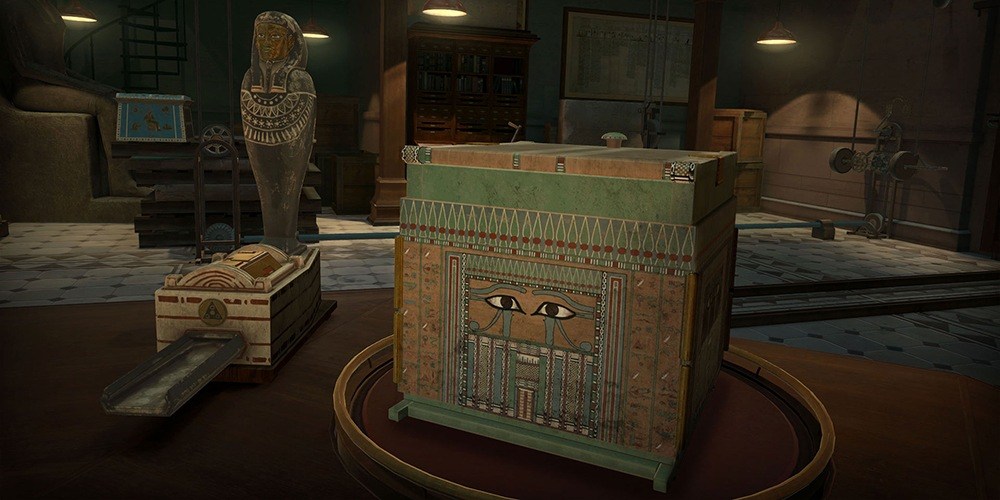 With a Victorian-era setting, The Room VR: A Dark Matter offers the best of both worlds — an enthralling experience featuring a high number of intricate puzzles and quality performance displayed on your VR headset. Furthermore, the storyline is rich in detail and cinematographic plot twists, let alone quality graphics offering a juicy picture, which isn’t far away from Hollywood movies.

As a detective story, the game makes use of all the mechanics inherent in traditional quest games. One of the most successful elements of this game, along with fascinating puzzles and stunning visuals, is the never-ending feeling of exploration that drives a player forward to discover everything about the virtual world as well as reveal more mysteries. Throughout 5+ hours of gameplay, The Room VR can entertain every player thirsty for detective stories. 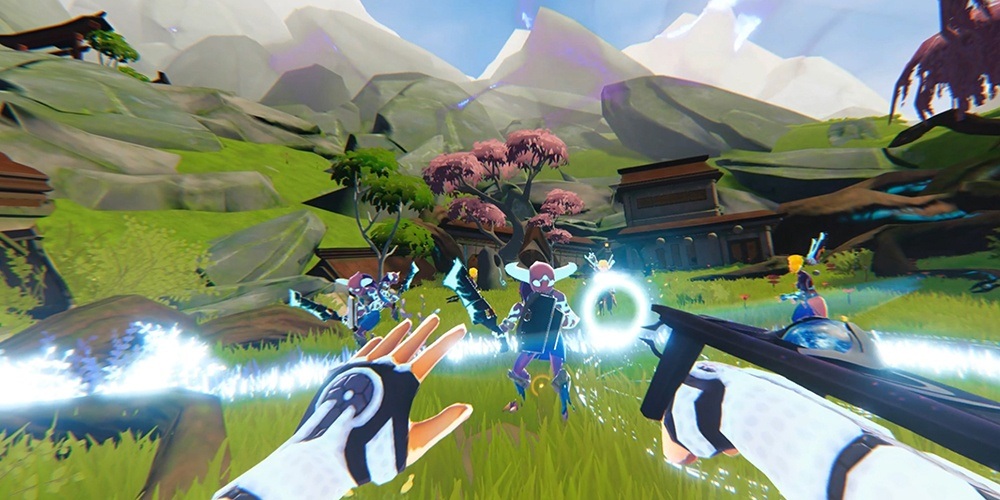 There’s no denying that developing VR games in Unity implies defining VR game development costs. Still, if you’d like to create a game like Zenith: The Last City, which is a VRMMO released for Valve Index and Quest 2 in 2022, calculate your budget more attentively. The projects of such a scale are unquestionably daring and global, but they are also likely to bring a long-term profit for their creators.

Conceptually, the powers of Unity VR game development allow you to make a game similar to Zenith: The Last City, although it will require a capable team comprised of a technical artist, 3D modelers, 2D concept artists, game designers, level designers, C# programmers, and others. Even though the game itself doesn’t offer new ground-breaking mechanics, its XR constituent allows players to derive more pleasure from the same good old quests. 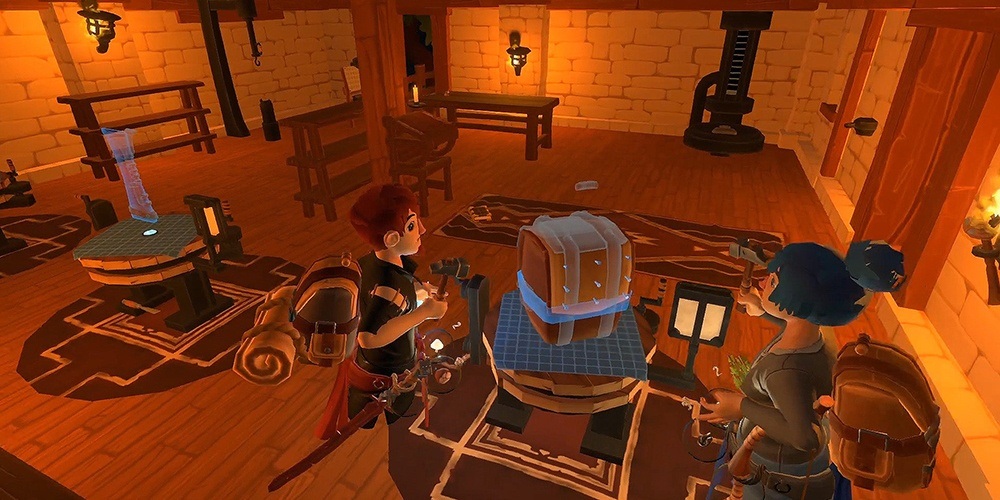 As another VR game developed with Unity, A Township Tale offers a unique experience. According to its plot and backstory, as a player, you’ll have to find an abandoned town and cooperate with friends to repair it. This MMO is a good example of how you can combine mining, cooking, building, carpentry, blacksmithing, and so forth to create a holistic product. Considering the lack of a clear quest structure, players are free to go wherever they want.

In particular, thanks to an intuitive and immersive UI, A Township Tale proves that a VR game made in Unity can feature decent graphics, have smooth performance, and be supported by a stable community of gamers. Ultimately, to develop VR games in Unity, you may want to learn more about the experience players get when they interact with similar virtual worlds. You are all set up as soon as you assemble a capable team and research the market!

Searching for a custom game development company that can take on your VR game project in Unity, it’s easy enough to get distracted and confused. Fortunately, Game-Ace has all the potential you may need for this undertaking and a team ready to defy any challenge. Our company provides a broad spectrum of services and cooperation models. Whether you’d like to augment your in-house team with our experts or outsource the entire project, we can do it.

Just contact us and reveal the full capability of Game-Ace to reap all the benefits of VR games with a qualified team of professionals who know the score.