A game without an economy is like a burger without a patty – not very satisfying. That’s not to say that every game should have wallets, bank accounts, and stores, but some basic market elements like trade and currency can work wonders in making your game more difficult, interesting, and immersive.

We see economies being used in many different game genres, but are especially popular in:

If you want players to continue engaging with your game, implementing some form of economy is a great idea, and not even very hard to do. To get there, let’s examine some common approaches and practices that will help you with this aspect of game development.

As we have mentioned, a game economy doesn’t have to have a complicated system of finance or trade, because even a basic currency system will add value to a game. This can be something as simple as earning points and spending them in-game to much more elaborate structures. Below, we examine some of the most widespread approaches:

Many game designers choose not to reinvent the wheel and just go with a system where a player’s assets are represented by money – usually denoted with a symbol of a coin or cash (a bill or a stack of bills). These symbols are instantly familiar to players, and shorten the learning curve for beginners. To illustrate: someone starts playing a game and picks up a coin -> they understand that it has value and can be spent to purchase something (with no explanation needed).

In this game designed by Game-Ace, the player races upwards, jumping on moving stacks to save a captive princess. In the process, they can grab coins, and this adds to a counter at the top of the screen. The coins can be used to buy costumes and accessories.

Resources are materials and ores that exist en masse in a game world, but must be collected in a proper way to become the player’s property. These assets are more complicated and interesting, because they are not a one-size-fits-all solution like money, and have a smaller number of use cases. For example, a player might gather water from a stream and then use it to boil a broth or water plants, but they won’t be able to start a fire – they’ll need timber for that.

Example: Age of Empires I 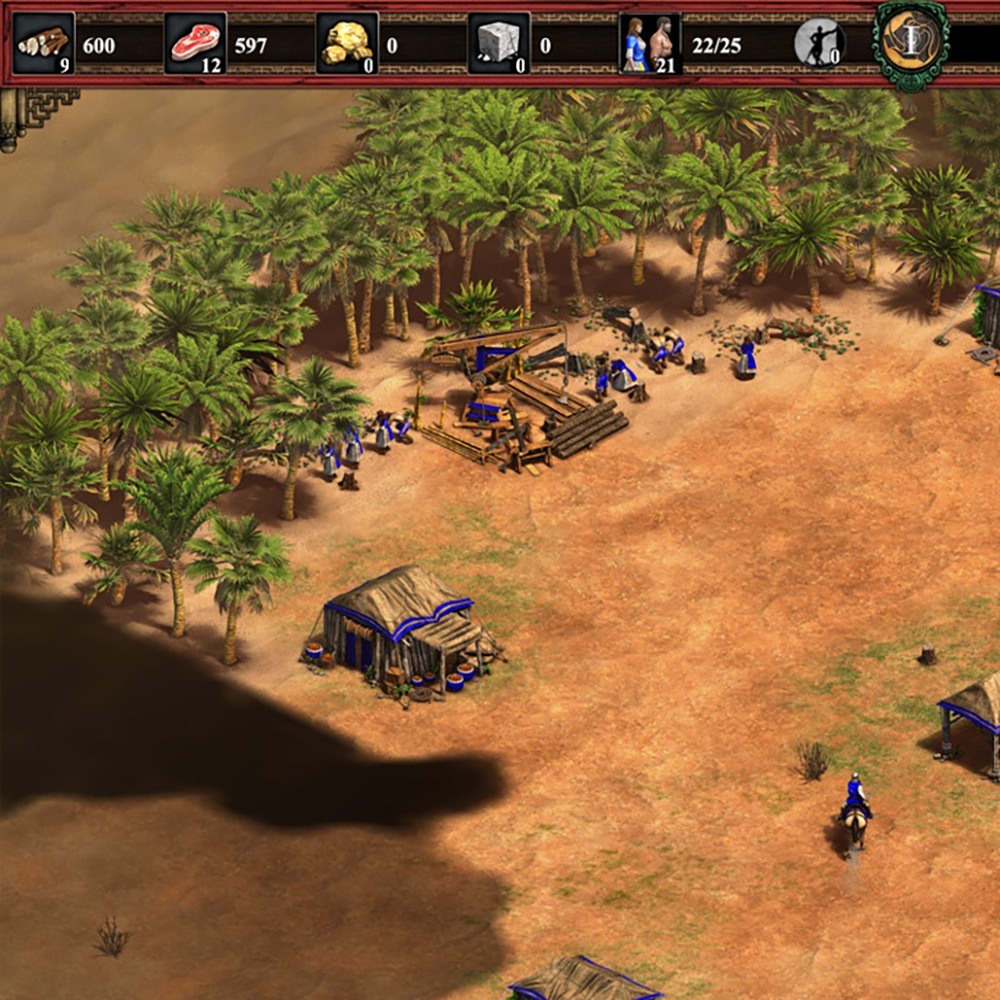 The first game of this cult series came out in 1997 and enticed players to build an advanced civilization from scratch. Players have to collect 4 types of resources (stone, wood, gold, food) and use them to build huts and basic structures, eventually unlocking more advanced structures. Conquest is a major theme of the game, so soldiers and their tech are also resources that should be cultivated.

Some games are more focused on finding things and exchanging them than they are on buying/selling them, so they use an inventory system for the player’s assets. Personal items can be obtained in a variety of ways, including exploration, fighting other characters, and sometimes, the items can be crafted out of something else. The benefit of this system lies in players putting more thought into which items can benefit them the most in gameplay. 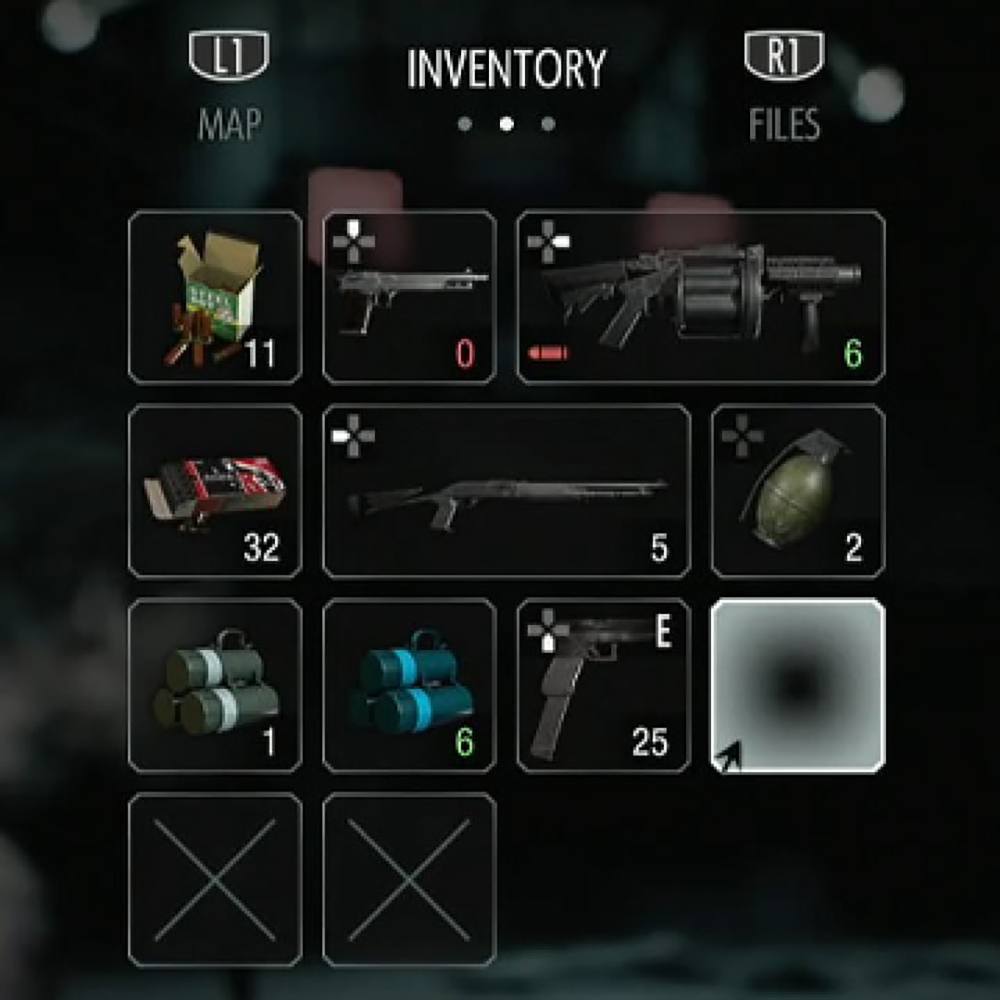 In these horror games, you don’t need money, but you do need a wide assortment of items that will help you survive. Players can carry around dozens of unique items, and you never know what will come in handy. It’s safe to say that a good chunk of the gameplay involves collecting and making use of these collectibles.

Not all games need items or purchases, so you can certainly find titles where you only collect and use power-ups. This type of system streamlines gameplay and keeps a player focused on achieving the goals of his current level. These power-ups range in purpose, duration, and how they are represented in the game. For example, one power-up can augment the player’s character while another makes gameplay simpler. One might wear off after a few minutes while another stays active the whole game. 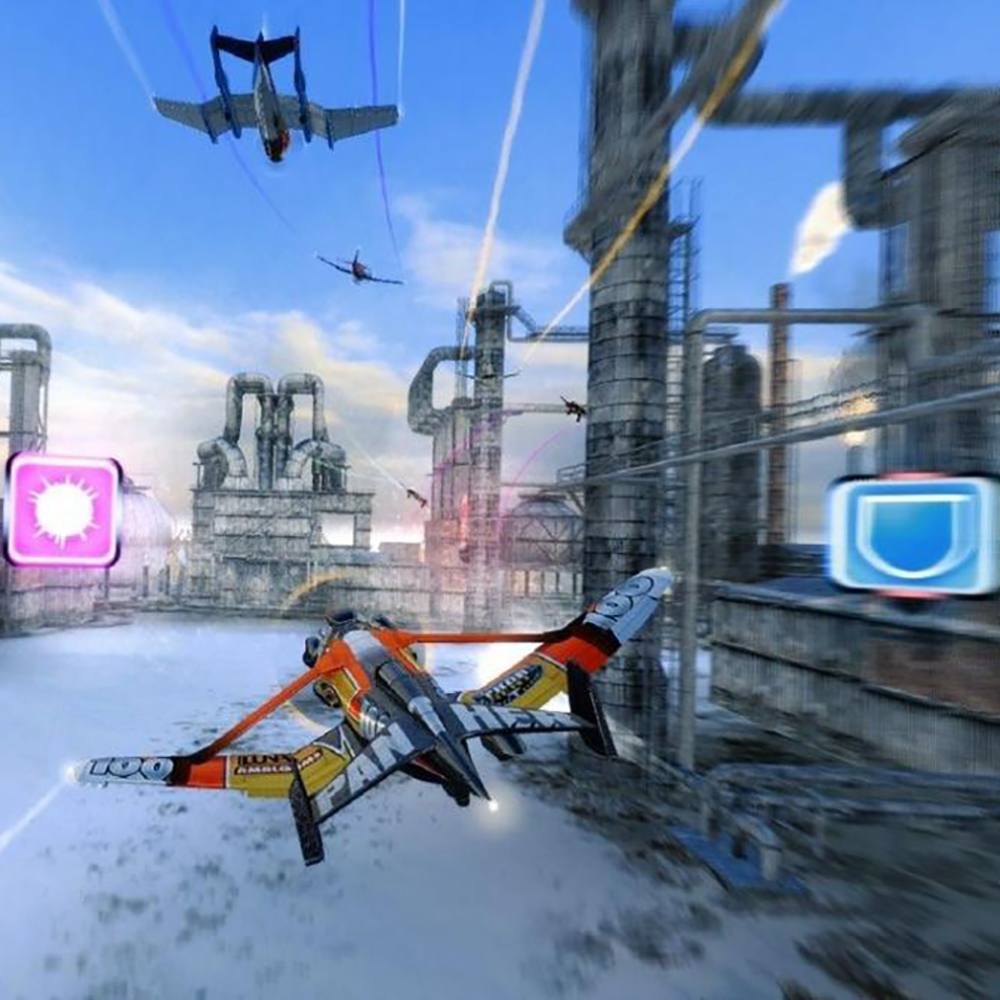 Power-ups are very commonly used in racing games, and SkyDrift is a great example. In this title, you control an aircraft and guide it through many exciting racing courses in the sky, with other planes nipping at your heels. Based on your performance in the game, you collect power-ups that give your plane cool abilities.

One important thing to keep in mind is that you don’t need to limit your game to one currency system. You can easily mix and match, combining aspects of multiple categories. It will probably take more time to design game levels and mechanics, but it will be worth it with all the benefits you gain. 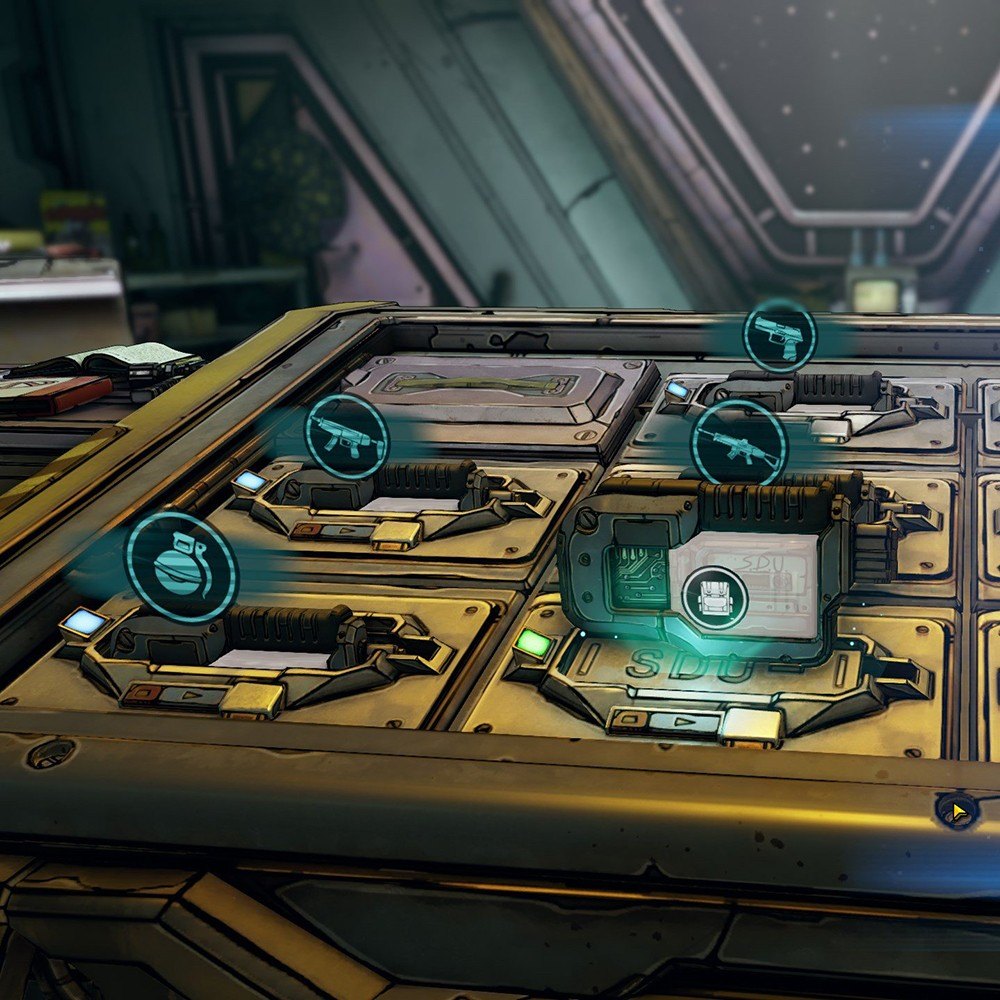 This hit looter shooter has everything: money laying around in every box/crate you can imagine, iridium minerals that can be collected for additional perks or trade, various artifacts that enhance your character’s abilities, and thousands of unique items (mostly in the form of guns). Based on this game’s popularity, we can see that their hybrid approach of combining various currency systems paid off.

Which in-game currency is best?

The answer is simple – the one that best fits your gameplay and plot. For example, if you’re making a racing game, it is much more likely that the game will benefit from the inclusion of customizable parts (items) and power-ups than it would from the collection of resources (metal, fuel?). Similarly, you probably won’t need a money system if the game only needs the player to shoot everything that moves. Just think which sorts of items/collectibles would be appropriate for your game world.

What else do You Need to Make a Game Economy Work?

Coming up with an idea for a currency system is a great first step towards establishing a game economy, but you also need to consider how it will be integrated into the game (e.g. in which situations will users gain access to currency or be able to use it). Below are some possible elements you can implement:

4 Player Behaviors to Consider when Designing a Game Economy

We’ve talked a bit about how a game economy can be used to create a logical and enjoyable player experience, but you want more than that from your game, right? You can not only create a game that is fun to play, but also one that will bring you profit and keep players hooked. Below are some player behaviors you can target to achieve these goals.

Many players have a tendency to hoard currency or valuable items, believing that they will come in handy sometime in the future, but in reality, making rare use of them. So how do you make these players happy without giving them an unfair advantage in the game? Most developers choose to limit the number of items that a player can carry, but may offer a place (like a bank or a home), where excess items can be stored and retrieved.

While some people look down on gambling mechanics, they pose no harm when added as an optional part of the game that can be avoided entirely, and when they use in-game currency instead of real money. To add some excitement, you don’t need to go all-in and add slot machines to core gameplay, but you might consider adding some mini-games or some locations/moments for players to try their luck.

Some players (often called completionists) are obsessed with completing every challenge and getting every item, including the rarest ones. Thus, you can keep these people playing (and add value + excitement for players that choose to replay) by making some items/areas hard to find or obtain. You don’t need to reveal all of your world’s secrets in the base gameplay and standard paths.

Some people are ready to pay to get ahead in a game, or just to boost their enjoyment. This can work towards your advantage and goal of making a profitable game if you add monetization of some sort. For example, you may let players purchase in-game currency, cosmetic upgrades, power-ups, items, and so much more. What you don’t want to do is make paying a necessity to win or succeed in the game.

How to Get Started with Game Economy Design

If you’ve never built a robust game with an economy before (or any game in general), this is certainly something you can learn. This might take you a few months, and you’ll probably need to gather a team if you don’t want the project to last years.

Of course, the simpler option is to leave it to the professionals.

You can hire a studio like Game-Ace that will build your game from the ground up, incorporating all the mechanics, features, and economic elements you desire. This way, you take advantage of our large team of developers and designers, a vast pool of experience, and low rates (especially if your business is based in a Western country).

Our team has successfully delivered dozens of game projects, including some very large in scale, so we are equipped to take on any challenge. We will be thrilled to discuss your project and what we can do to help. Just send us a message! 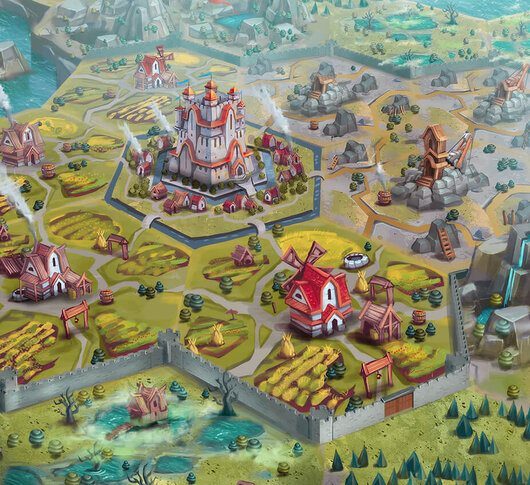 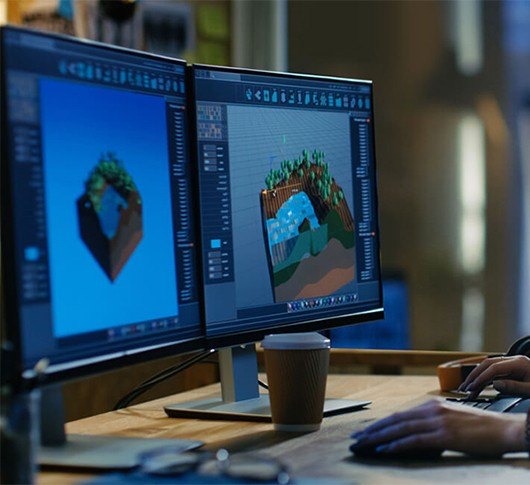