For some reason, many people assume that mobile games are easy to make. They look at apps like Flappy Bird, which was made in 3 days, and decide that other projects can also be completed in just several days/weeks. This might be true for some 2D and pixel art games, but multiplayer and AAA titles take exponentially more time and effort to build, even on mobile.

This article will cover how to make a multiplayer mobile game and where to find mobile game development services if you need help with your project. Basically, everything you need to get started with your game.

How Hard is it to Make a Multiplayer Mobile Game?

Multiplayer games have the amazing potential of rapidly bringing in a large user base, but they are much harder to develop than single-player titles. This is because your app won’t just be a piece of software that the user downloads once and uses freely from then on: it will require an internet connection and frequent transmission of data to and from your server(s). That is, unless the game can be played on one screen by several people at once.

One of the biggest barriers to game development is knowledge. Game developers are commonly expected to know multiple programming languages and must work comfortably with the biggest game engines in the industry. In fact, most multiplayer projects developed by studios have a large team of specialists involved in the project:

With so many people involved, cost becomes a major factor to consider. Considering salaries and technical expenditures (hardware/software), your mobile game development cost can easily run into hundreds of thousands ($). Even after release, you will probably need to keep the servers running, perform updates, etc., creating further costs.

Which Mobile Platform should You Choose for Your Game? 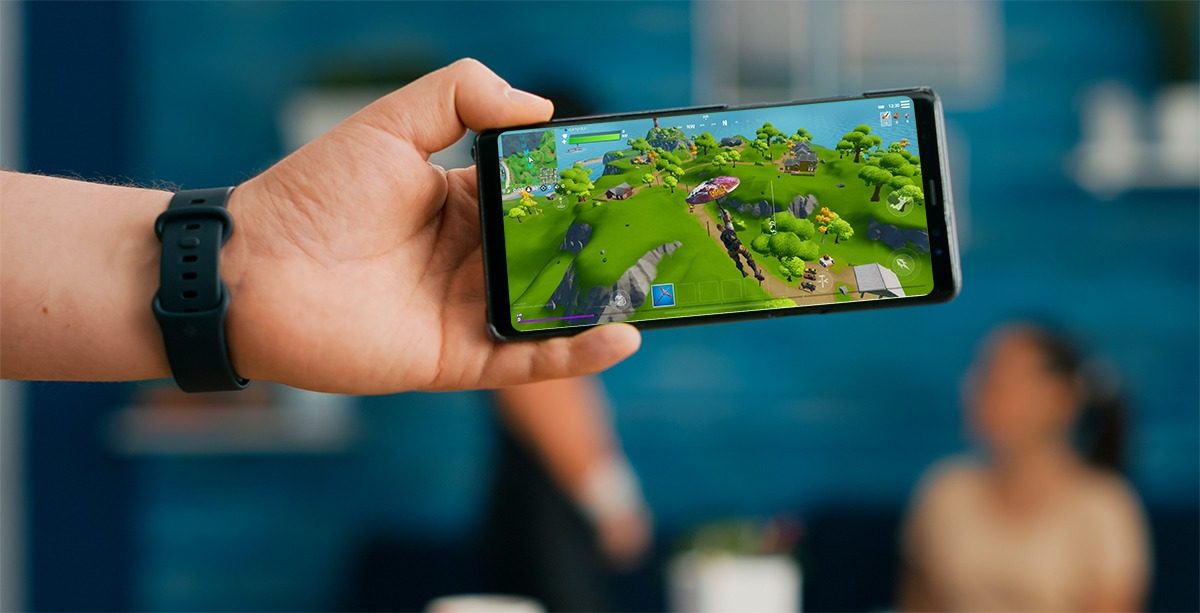 Without a doubt, Android and iOS are the two biggest platforms that most mobile games are built for. From a marketing standpoint, both are great choices and have hundreds of millions of users to target. However, from a development standpoint, there are a few factors that might sway you to one choice over the other. Let’s take a closer look.

Choosing Android: How to make a multiplayer Android game

Android gives developers great freedom and numerous tools that make the workflow organized. For example, Java and Kotlin are the two main languages used in Android game development, but you can just as easily use C++ or C# and compile the code to one of the primary languages. Another great advantage of this platform is the quick and easy app deployment system of the Play Market, which is automated and has relatively transparent guidelines.

Making a game for Android will give you the opportunity to reach an audience of up to 2.8 billion users. In 2020, total spending of users on Google Play reached $38.6 billion, which is behind iOS’s $72.3 billion. There is no shortage of developers for this platform, with an estimated 8.5 million (out of 26 million) using Java or Kotlin, the languages used for Android apps.

The process of app certification and approval is very streamlined for Android. It is automated, has relatively transparent and relaxed guidelines, and allows most apps to be published within 2 days of being submitted (the official timeframe is up to 7 days).

Unfortunately, Google does not provide any easy way (e.g. paying a fee) to get your app into a featured list on the Play Market, but you can still accomplish this by optimizing your app, promoting it on other platforms, and otherwise making it stand out from the rest of the pack.

Choosing iOS: How to make a multiplayer game for iOS

Uniformity is one of the greatest advantages of iOS development. You have a much smaller range of devices and OS versions to test your game on (compared to Android), so some stages of development are a breeze. iOS coding is also generally considered easier due to the conciseness of the programming languages (Swift/Objective C), though this is a matter of some contention in the community. If you choose iOS for your game, be prepared for a lengthy and scrutinous review process.

Choosing iOS for your app will also allow you to reach a giant audience, currently estimated at 1.65 million users. Though this is significantly smaller than Android’s, iOS users tend to spend more on apps, by a ratio of nearly 2 to 1. The share of iOS developers is smaller than Android, with about 4.1 million using Objective-C or Swift. Still, this is a strong number, just slightly below the estimated 5.5 million using PHP and 5.4 using C++. These languages are still in trend, with the number of iOS apps growing every year, so you probably won’t have trouble finding developers in this field.

App certification and approval is a bit more complicated for iOS. The App Store has notoriously strict guidelines and an approval process which rejects about 40% of initial applications. In most of these cases, only minor corrections are needed, and the review usually takes 24-48 hours. As is the case with Google Play, there is no paid placement of apps in featured lists, but rather a private selection process by editorial staff based on factors like performance, accessibility, etc.

Choosing both: How to make a multiplayer cross-platform game

If you want to make a cross-platform game for different mobile OS, you will have the easiest time doing it in a game engine (e.g. Unity or Unreal). However, if you opt for a mobile version and a version for PC or console, it is unlikely that you will be able to reuse much code and functionality, since full-scale apps tend to be built very differently and with different priorities. We explore this approach in more detail in the next section.

Another option to consider if you want to make your game available on multiple devices at once is to build it for web browsers. This approach should require less testing (since browsers are already optimized for different screen sizes and operating systems), and you can make use of the website’s existing server architecture to support the networking features of a real-time multiplayer HTML5 game.

A look at the key tools and methods used for major multiplayer games.

Unreal Engine 4 is extremely popular for the development of large, performance-driven games with beautiful graphics. The engine offers broad customization options for matchmaking and other networking modes, as well as a visual scripting system for quick prototyping and those who struggle with C++ coding. Multiplayer game development in Unreal is also supported by great guides that cover numerous networking topics, including how to set up a dedicated server, perform testing, and track user connections.

Unity is well-known as one of the best engines for mobile games, but its multiplayer features are a bit lacking. For many years, Unity relied on the UNet solution to simplify the development and support of multiplayer features, but it eventually became outdated. Currently, the engine provides a solution called MLAPI, but it is still in its early days and needs lots of improvements. Thus, most developers are left to build multiplayer features from scratch or use some of Unity’s paid solutions, like Multiplay, Vivox, and Matchmaker.

Setting up the client-server architecture for a game is one of the hardest technical aspects of development, but game engines will usually aid you with some relevant tools/features.

One of the most popular approaches to server architecture used for multiplayer games is to have all game activity happen on a central server. In other words, the user just handles controls and provides the corresponding input, while the results of the action are processed on the server and then rendered on the user’s device.

Multiplayer games are highly competitive and a popular target of hacking, so the central-server approach prevents the user from gaining an advantage by modifying their copy of the game.

How to Make Money from Your Multiplayer Game

Making a mobile game profitable is an absolute necessity for studios that want to recoup development costs and generate revenue. To accomplish profitability, they can choose from a variety of monetization strategies:

Players must pay to download the game, but can then use it without restrictions.

Additional items, buffs, and customizations are provided for a price to improve the game experience in some way.

Most subscription-based games are free to try, with subsequent regular payments required.

Most of the game content is provided for free, but advertisements are displayed between or during play sessions.

NFT are assets on the blockchain that represent unique digital items, and this game type is highly popular because of its profitability. If you don’t have experience in this field, you can rely on NFT game development services from a reliable partner.

These monetization models are not all that are available, and you don’t need to choose just one for your game. While most mobile multiplayer games are provided for free, it is common for them to feature both ads and optional purchases at the same time.

Explore how to make a profitable mobile game

If you want to get your game out as soon as possible and have everything done professionally, you might want to consider hiring a studio that specializes in game dev.

For example, Game-Ace has all the specialists necessary to handle every aspect of development, including creating elaborate multiplayer functionality. We have a large team of developers, artists, animators, etc. with a sizable portfolio of mobile projects. Thus, you can count on us to apply this successful experience to your game and get it done just the way you want.

We are ready to answer any questions and discuss your project. Just contact us.